The latest news in the world of video games at Attack of the Fanboy
January 10th, 2016 by Scott Grill 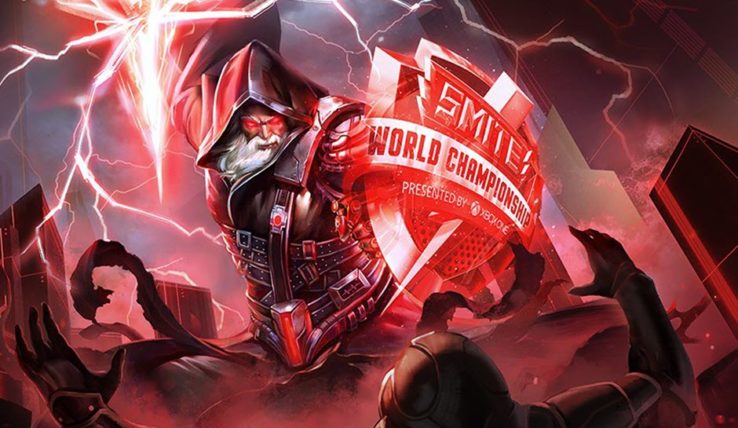 The SMITE World Championships concluded in Atlanta, GA Sunday, which included the Grand Finals of the Xbox One Invitational. EnVyUs walked away as champions but it was their comments from the podium that has the SMITE community talking.

EnVyUs walked to the Xbox One Invitational Championships after earning their way in through the open bracket held on Thursday and Friday of this week. This pitted them against dedicated Xbox pro teams that qualified in tournaments hosted by MLG, ESL, and UMG. EnVyUs then proceeded to roll through the best of three semi-finals match on Saturday and the best of five grand finals match on Sunday without losing a single round.

The EnVyUs squad for the Xbox One Invitational consists of SMITE Pro League players on the PC who did not make the World Championships. They are certainly no slouches with the keyboard and mouse version of the game as they consist of players that were the number one and two seeds in the North American regional – Team EnVyUs and Team Eager – and featured Ryan “0mega” Johnson who won the 2014 SMITE World Championship on the PC.

In short, these are players who have a ton of experience with the PC version of SMITE and it didn’t take long for them to pick up the Xbox One MOBA and dominate. Comments from 0mega and Kurt “WeaK3n” Scray were dismissive of the SMITE competitive scene for Xbox One.

“I’m just tired of playing Xbox. It was too easy. I’m excited to go back to PC. We didn’t drop a game so, let’s be real,” Omega said during the award ceremony when asked how he felt now having a PC world championship and Xbox word championship under his belt.

WeaK3n expressed a similar sentiment when asked if he thought Xbox was too easy.

“I mean we played for a month and just stomped everybody,” he said.

Team EnVyUs was able to blow through the Xbox One Invitation via their knowledge of SMITE mechanics. The meta is different as the controller favors certain characters, but the tactics and mechanics are the same. This is where the experience of the EnVyUs squad made them so powerful.

It also raised a huge squall in the SMITE Reddit group where the community debated whether Hi-Rez should have allowed professional PC players to participate in the Xbox One Invitational.

The Xbox One Invitational only demonstrated how young the SMITE competitive scene is on the console. The game has only officially been out since August 2015 following a short beta compared to the PC version, which was officially released in March 25, 2014 and had been in beta for almost two years.

For next year any Xbox teams that honestly want help, ask. We had fun and I want to see Xbox grow. So I’m always here.

As for 0mega, he appears to be enjoying the win and the response to his remarks.

2-Time-Multi-Platform(PC/Xbox) Smite World Champion. Let the Salt Rain Upon Me. Time to prep for PC Season 3! ♡♡ I love all my fans, ty! ♡♡