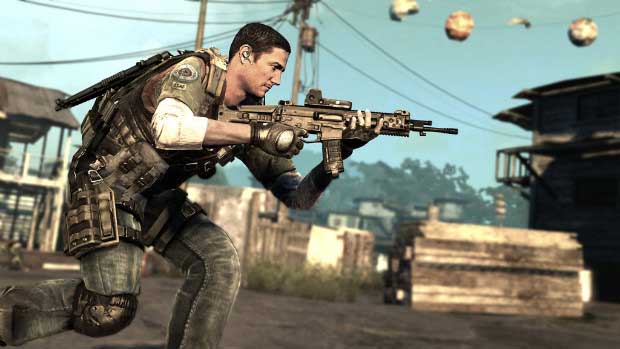 SOCOM 4: Special Forces is out today and now that the beta is over players can now transition to life in the SOCOM Pro multiplayer experience.  Traditionally, developers like to tuck away secrets as Easter eggs in their games for gamers to find and it looks like Zipper has done this in SOCOM 4.  In a recent interview with CVG Travis Steiner of Zipper revealed the contents.

The first is a gameplay mechanic which you’ll find particularly useful during the single-player game and one which should expand your armory in co-op. Simply scavenge every enemy weapon you come across during the course of a mission.

Steiner says: ‘As you scavenge enemy weapons they get added to your armoury and become available in later missions. And that’s actually shared between co-op and single player games.” A handy tip to bear in mind especially if you’re going to eventually round up a squad and indulge in some five player co-op action in some of the custom missions.

On the Easter egg score, Steiner also revealed that, “There are a couple of other Easter eggs: one of the funny ones is that the main enemy leader in the game is named General Razad and he likes to eat blood oranges orTaroccos. As a kind of nod to Razad, there is a single blood orange hidden in every level that you can try and collect.”

So there you have it.  Now get out there and collect those Taroccos.