The latest news in the world of video games at Attack of the Fanboy
February 27th, 2016 by Dean James 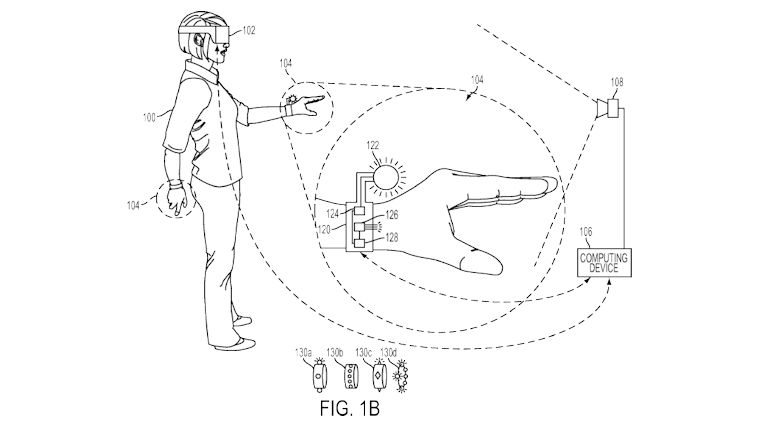 PlayStation VR is set to launch sometime this year and will be using the DualShock 4 and the PlayStation Move in different games. While those two will be the predominant options more than likely, it appears Sony is looking at another type that seems reminiscence of a former Nintendo accessory that bombed, the Power Glove.

As found by a poster on NeoGAF, Sony has filed three different patents with the US Patent & Trademark Office for some sort of glove controller that appears to be used in conjunction with the PlayStation VR headset.

Specifically, these three patents are listed as a “Thumb Controller,” “Glove Interface Object,” and “Systems and Methods for Providing Feedback to a User While Interacting With Content.”

This patent listing also has a ton of images that can be seen in the NeoGAF post that show off the potential ways it can be used. Some of these show off the hand holding onto a dagger or a gun, as well as just holding flowers.

This obviously isn’t the first time a glove controller has been attempted, as Nintendo tried with their Power Glove. It has some potential, but just did not work out that well in the end and was gone before long. Obviously, times are very different now and I’m sure whatever Sony intends to use with it here will work much better. However, this is still only a patent, so it could never see the light of day in the end.