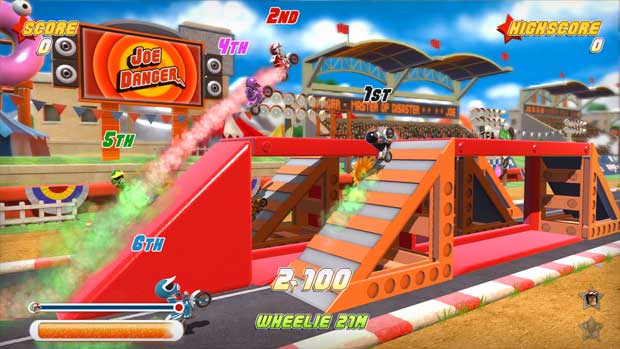 Sony Announced today that they are initiating a $20 million dollar investment plan to support development of exclusive games across the PlayStation Network.  The financial support will touch first party studios as well as the Pub Fund, which supports independent game developers.  In their statement Sony thinks that the “This announcement further demonstrates PlayStation Network’s commitment to provide quality game experiences that cannot be found on any other video game console.”

Sony has had their fair share of great first party title to hit PSN since the console was released.  Titles like Joe Danger, the Pixel Junk franchise, and Flower are perfect examples of quality content that this type of initiative can help foster more of.

And apparently, this endeavor has already had an impact on upcoming Sony titles that are coming exclusively to the PlayStation Network.  Some of the titles that are included in this portfolio of games are:

Eufloria is an addictive ambient game of space exploration and conquest, plant growth and bio mechanical evolution, where players can conquer asteroids in deep space and use their resources to literally grow and nurture semi-organic plants and creatures to do your bidding.

Okabu is a brand-new action-puzzler from the creators of Rolando, where players will guide Kumulo, Nimbe and four cloud-flying heroes as they battle to save their people and their world from the industrialized threat of the Doza. Gamers will dive into a hyper-tactile toybox world filled with a huge number of puzzles, playthings, adorable creatures and devious machines spread across an epic co-op campaign.

PAYDAY: The Heist is an action-filled first-person shooter game that lets players take on the role of a hardened career criminal executing intense, dynamic heists in constant pursuit of the next “big score”.   Players will navigate diverse urban settings with three partners in crime—controlled by either AI or in co-op multiplayer—and will load out with an array of weaponry and equipment as they embark on a spectacular crime spree through six high-stake heists, including banks robberies, prisoner extractions and armored car hijackings.

Papo & Yo is a vibrant, 3D Puzzle-Platforming Adventure coming to PlayStation Network in 2012. As a young boy named Quico, players will travel through a magical, surrealist world, solving puzzles with the help of a huge creature named Monster who has a dangerous problem: he’s addicted to poisonous frogs. The minute he spies one, he’ll scarf it down and fly into a violent, frog-induced rage where no one, including his best friend Quico, is safe. Players will have to learn to use Monster’s varying emotions to their advantage if they want to find a cure and save their pal