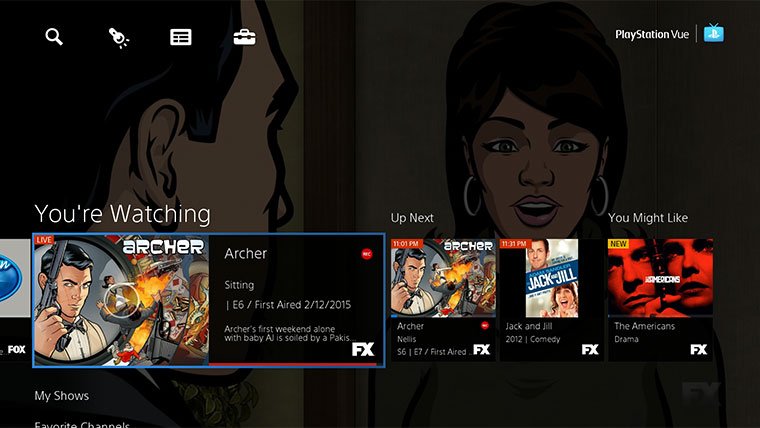 Subscribers can watch TV shows, movies, sports and other televised offerings on the console without paying for cable or satellite.  Sony says that PlayStation Vue will be heading out to more cities shortly, and the company plans to launch the TV service on iPad in the near future.

The PlayStation Vue service has three tiers of subscriptions at $49.99, $59.99, and $69.99.  Vue offers local broadcast channels, as well as cable heavy hitters like AMC, Comedy Central, Discover, TBS, TNT, and many others.  One notable missing family of networks is ABC, and their sports programming from ESPN networks.

Sony’s launch of the PlayStation Vue service comes one day after Microsoft made Sling TV available on the Xbox One.