The latest news in the world of video games at Attack of the Fanboy
January 31st, 2018 by Jose Belmonte 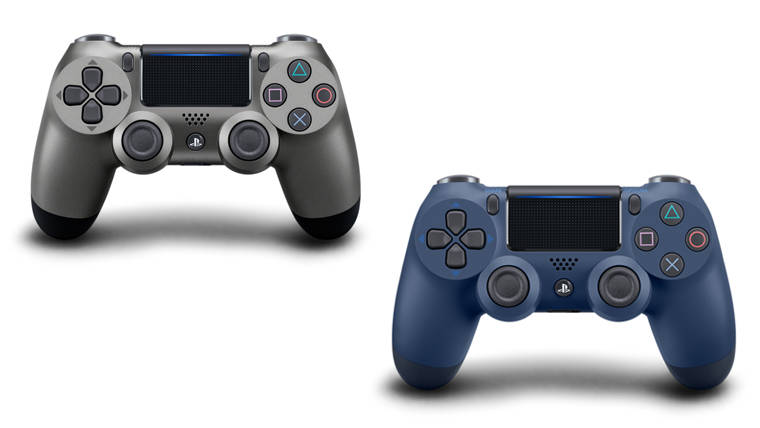 Sony has unveiled today two new colors for the Dualshock 4, the PS4 controller, which will launch in March in North America and Europe. While other color variations have focused on bringing a brighter look, the new colors announced are more subtle and elegant. Named Midnight Blue and Steel Black, they are softer takes on those colors, which makes them perfect for those users who want their new controller to be easily identifiable but not to make a big contrast with the traditional black Dualshock 4.

The Steel Black version has a shiny grey front, while the back has the traditional black look seen in other variations. The Midnight Blue, on the other hand, presents blue colors in both the front and the back, although the latter has a darker tone.

At this point, Sony has introduced a wide variety of colors for the Dualshock 4. The latest announced were a Crystal version in red, white, and blue.