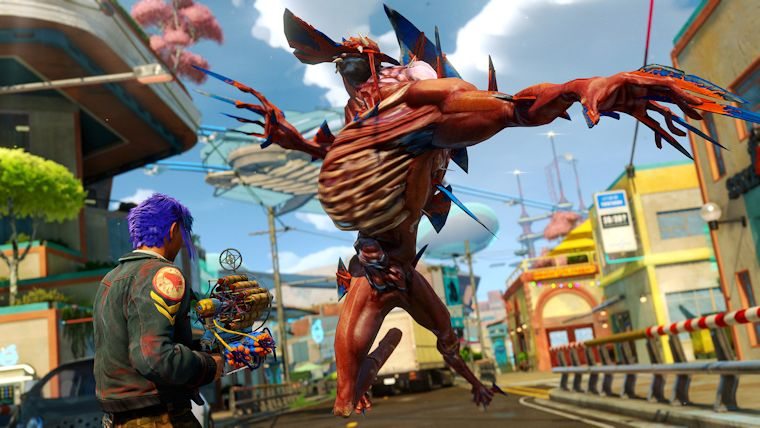 It looks like someone in the PlayStation ad department has goofed.  Their most recent advertisement for the “Sale of the Dead” is drawing comparisons to Microsoft’s upcoming exclusive Sunset Overdrive on the Xbox One.

The upcoming PlayStation Network sale obviously took Insomniac Games’ open source font at an opportune moment, as Sunset Overdrive is readying launch. Whether Sony deliberately did this or if it was just an oversight is unclear, but there doesn’t appear to be any bad blood between Insomniac and Sony.

A tweet from the developer jests “Hey @PlayStation. Nice font. Glad you guys are excited for @SunsetOverdrive too.”

Sunset Overdrive, and Xbox One exclusive, is a stylish open world shooter that offers new twists on the genre, allowing players to take out energy drink crazed mutants with overpowered, over-the-top weapons.