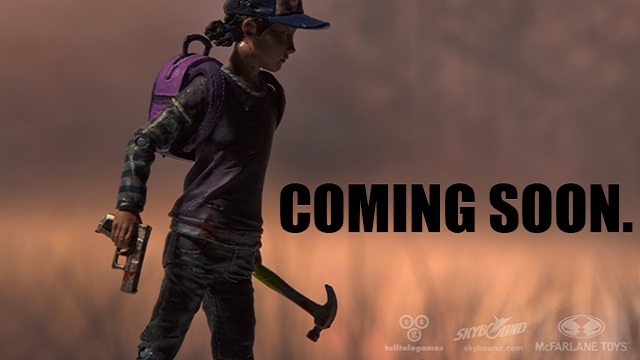 Soon fans of The Walking Dead: A Telltale Games Series will be able to take the beloved Clementine home with them, in action figure form.

Announced at New York Comic Con as a collaboration between McFarlane Toys, TellTale Games and Skybound, the action figure currently has no release date. Clementine as many fans would know, is a key focal point of The Walking Dead TellTale game series in season one and season two. Telltale and Skybound have gone on record to say that Clementine was one of the most requested figures to date for the entire franchise. Everyone is now thrilled to finally announce that it is coming. 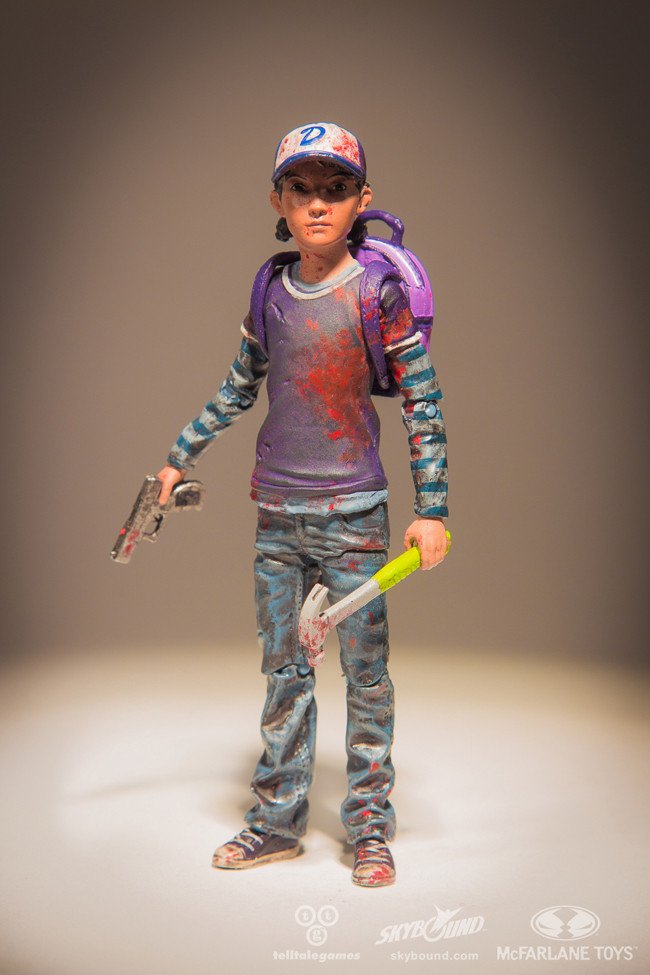 The highly detailed The Walking Dead, Clementine action figure will come in two flavors, ‘clean’ full color and ‘bloody’ full color versions. She will come complete with backpack, pistol and hammer. At least she won’t have a hoodie. The detail in the action figure runs deep as you can even see the rips in the shirt.

Again, no set release date on the Clementine action figure but TellTale says full release details will come soon. Hopefully it will be out in time for the holidays, as it would make a pretty awesome gift for an fan of The Walking Dead video game series.