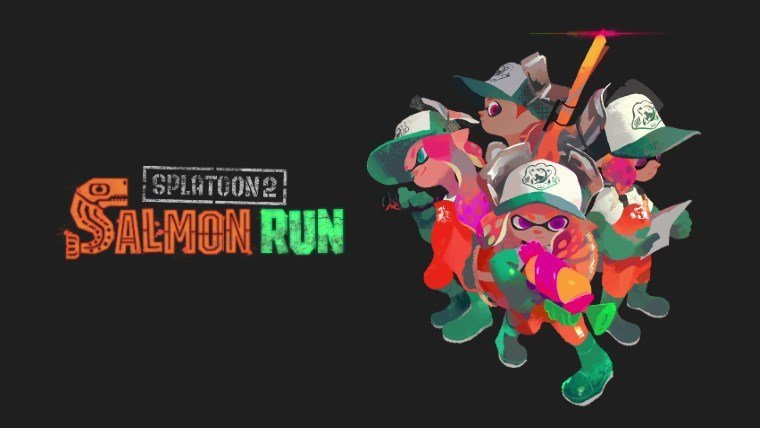 We’ve heard all along that Splatoon 2 would hit on a Summer release date, so July 21st fits with everything we knew about the game up to this point. It also works well with the current slate of Switch titles for the coming year. It looks like Nintendo is really maintaining a solid lineup of games throughout this first year, which should help new buyers feel like they got their money’s worth out of the new console.

Along with the release date we got some more info about the game. As mentioned earlier, there’s a new mode called Salmon Run that has four players working together in a sort of Horde mode. Players secure an island, killing Chum and other creatures to gather eggs. Killing larger enemies gets special eggs that will unlock equipment in the game.

Also used to unlock equipment and perform other tasks are amiibo. Previously released amiibo will work with Splatoon 2, but there will also be a brand new series consisting of three new figures. Inkling Girl, Inkling Boy, and Squid will be released right alongside the game on July 21st. Pre-orders have already went up on some sites, so act fast.

Splatoon 2 looks very much like it is living up to the full sequel that it has been billed as. What many thought would just be a rehash of the game from Wii U is really shaping up to present players with lots of new content to enjoy.