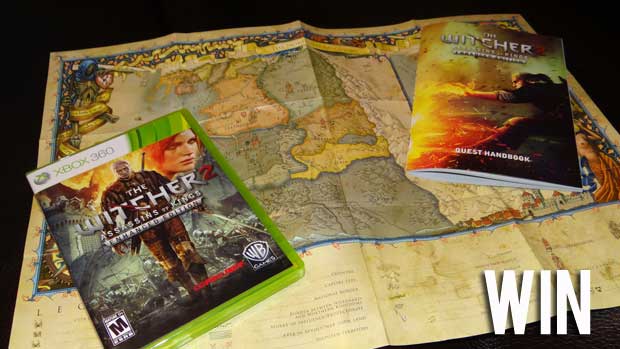 CD Projekt Red’s The Witcher 2: Assassin’s of Kings has just recently arrived on the Xbox 360.  We’ve been there and done that a couple of times already, both on the PC and now Xbox 360.  We’ve absolutely loved the game both times we reviewed it, and now we’re giving our review copy away to one lucky reader.

A pristine copy of The Witcher 2: Assassin’s of Kings “Enhanced Edition” is the prize that’s up for grabs, and you can win it simply by following us on one of our social media channels.

“Win a copy of The Witcher 2: Assassin’s of Kings from @FanboyAttack http://bit.ly/I8iwzT”

One winner will be chosen at random from all entries.  Enter as often as you like. Contest open to US Residents Only!  Winner will be selected on April 30th, 2012.