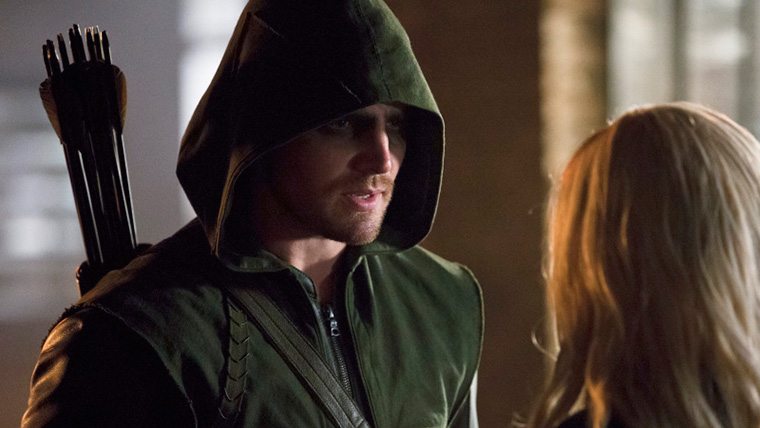 When one thinks of the DC Comics universe, usually the big names like Batman, Superman, and Wonder Woman come up first, but in recent years the Green Arrow is right up there as well. Making his presence known in Justice League Unlimited as a character, Justin Hartley took over the role in live-action for the first time on Smallville and brought him into mainstream prominence. However, the character of Oliver Queen has never been as popular as he is now thanks to Stephen Amell’s portrayal on the CW hit show Arrow.

Just concluding the epic second season of the show last month, Amell took to his Facebook page to tease his voice role as Green Arrow in some upcoming game.When asked if there were any new upcoming shows he was working on that he could tease, Amell responded with “I’m voicing Green Arrow for a popular video game franchise tomorrow.”

Due to the mention of it being a popular video game franchise, it certainly could not be a standalone Green Arrow game that we all want. Of course, then the speculation went to it would be for Batman: Arkham Knight, but that is very unlikely due to the fact that the voiceovers for the game have probably been recorded already.

That leaves really two options, with one much more likely than the other. The more unlikely of the two is a sequel to Injustice: Gods Among Us, in which he voiced a special Arrow skin in the first, but with Mortal Kombat X just announced and no word of Injustice 2 at E3, that is probably not happening quite yet.

The most probable option is LEGO Batman 3: Beyond Gotham, which was announced not too long ago. This is solidified by a report out of Eek in St Albert, where Amell supposedly also teased a voice role in a DC Universe game, where he denied it being Batman: Arkham Knight. However, he followed by saying “no comment” when asked if it was LEGO Batman 3: Beyond Gotham, which was followed by “you know guys I am terrible at lying.”

As the latter is just a report from Reddit, you can take it with a grain of salt, but Amell is definitely voicing the Green Arrow in some game in the near future. With his social media presence, I’m sure we’ll find out sooner rather than later.