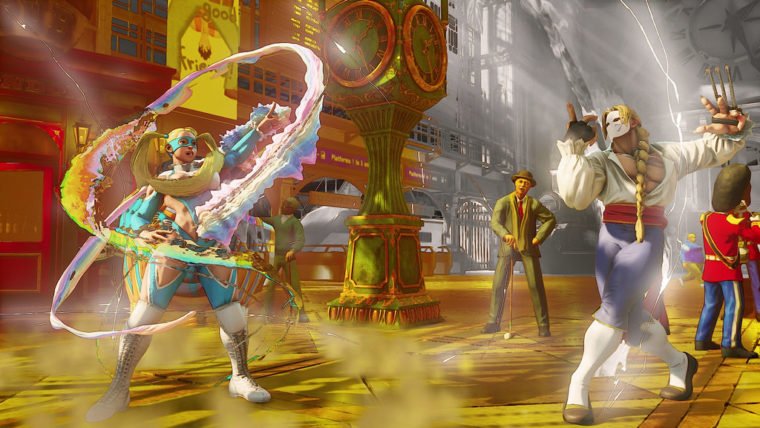 Capcom has announced that Rainbow Mika will be in Street Fighter 5. She will also have lots of cool wrestling moves including the Stone Cold Stunner.

That’s right, they managed to add Steve Austin’s special move in Street Fighter 5. Rainbow Mika executes the move quite well and it looks effective. She even does the kick to the gut before she does it.

Not to mention the move looks way better than the springboard stunner that John Cena does on current WWE television. Not to hate on Cena or anything, but that move looks sloppy and ineffective every time I see him do it.

Another unique thing about Rainbow Mika is that she also has a tag-team partner with her too. This partner helps her do deadly tag-team moves. The partner is not playable, but it’s great to see the two women kicking butt in this new trailer.

The addition of Rainbow Mika is another sign that Street Fighter 5 is catering towards fans of the Alpha series. We’ve already seen the likes of Nash and Birdie in the game as well. It will be interesting to see if other Alpha alumni are added to the game as well.

Check out the bone crushing new trailer below: