Street Fighter 5 Costume And Stage DLC Out Next Week 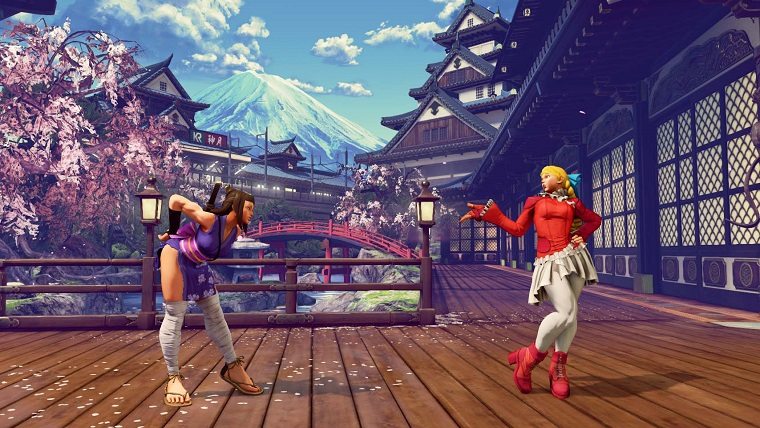 Capcom has confirmed that the previously announced costume and stage DLC is set to make its debut next week, joining the anticipated release of the game’s story mode. The developer made the announcement in a blog post on their website, which you can check out by clicking right here.

Unsurprisingly, many of the costumes are very flashy, which contains outfits which were previously only available to acquire as a pre-order bonus for the game. Capcom also breaks down what everything will cost by either paying in-game Fight Money or Real Currency, which is the following:

As for the story mode, that will also launch next week. The following is a breakdown:

“The Street Fighter V Cinematic Story Expansion, “A Shadow Falls,” depicts the ultimate battle between the evil Shadaloo organization and the heroic World Warriors who rise up against them. Seven “Black Moons” are deployed by Shadaloo, granting M. Bison unimaginable power and enveloping the earth in total darkness. Seeing the moons mysteriously appear in the sky, Ryu, Ken, and Chun-Li embark on an epic journey around the world to retrieve fragment pieces that are the key to stopping the “Black Moons” before it’s too late. Along the way, they encounter the rest of the World Warriors, each of whom have their own agendas and motivations in mind. The final battle between good and evil begins now… who will RISE UP?”

Street Fighter 5 is available now for PlayStation 4 and PC.