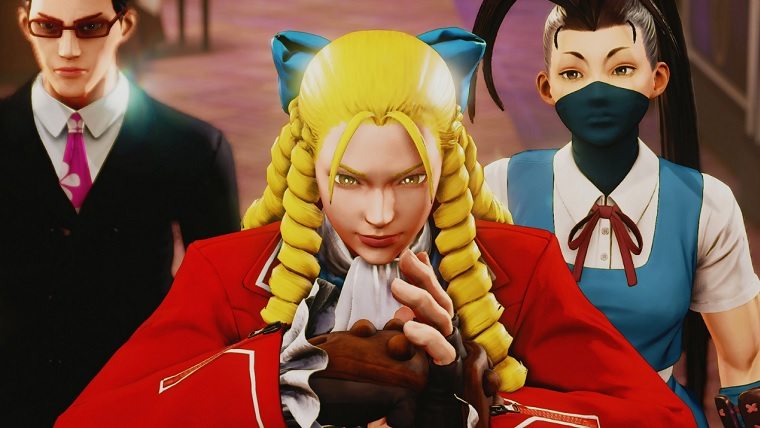 Those who felt that Street Fighter 5 didn’t have enough content at launch are in for some good news, as Capcom has just revealed that the game’s biggest update yet is coming that will add lots of new content. A 3-4 hour story expansion called A Shadow Falls will be launching at the end of this month for free on both PlayStation 4 and PC.

The story contains 5 chapters and takes place between the events of Street Fighter 4 and Street Fighter 3, bridging the gap between the two and revealing what happened during that time. They claim this will be “the first time in franchise history that fans will be able to play through this type of cinematic experience in a Street Fighter game.”

Here’s a synopsis for the story expansion:

“The Street Fighter V Cinematic Story Expansion, “A Shadow Falls,” depicts the ultimate battle between the evil Shadaloo organization and the heroic World Warriors who rise up against them. Seven “Black Moons” are deployed by Shadaloo, granting M. Bison unimaginable power and enveloping the earth in total darkness. Seeing the moons mysteriously appear in the sky, Ryu, Ken, and Chun-Li embark on an epic journey around the world to retrieve fragment pieces that are the key to stopping the “Black Moons” before it’s too late. Along the way, they encounter the rest of the World Warriors, each of whom have their own agendas and motivations in mind. The final battle between good and evil begins now… who will RISE UP?”

It has also been revealed that all six DLC characters will be playable in the story mode, even though they won’t be officially released until later in the year. These will be preview versions of the characters that don’t necessarily reflect how they will play out precisely in their final builds.

Capcom has also decided not to implement the Zenny real money currency system into the game, revealing that “After extensive testing and development, we came to the conclusion that it was not necessary in order to carry out our original vision for the product. Instead, we will be utilizing the PlayStation Store and Steam stores to carry out real money transactions.” Premium Battle Costumes will also be going on sale this month, though these will only be available for purchase with real money.

There’s a lot more in the works for the game, as well, as they have announced that Daily Challenges are being reworked and new modes that include Extra Battle and Versus CPU are in development. More information will be shared on those soon, as well as more details on the many June updates.