The latest news in the world of video games at Attack of the Fanboy
October 5th, 2017 by Jose Belmonte 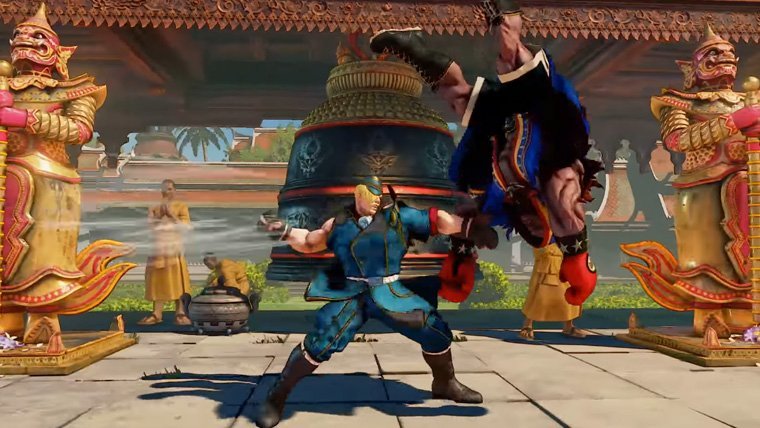 The numerous rumors in the last months about a possible re-release of Street Fighter V have been reinforced today, with Amazon.com listing the PS4 game to release in January 2018, and even adding some official information about the new features. As its name suggests, the new edition would add the heavily demanded arcade mode, and a complete redesign of the game’s interface, as well as certain changes in order to add depth to the gameplay.

However, judging by the description of the product, this doesn’t mean owners of the original version will be left out, as the game will still have a unified online multiplayer community. It could be possible that the original version simply receives an update with the new features. For now it is not clear whether this re-release will automatically unlock access to part of the DLC content already available, and can be obtained for free through challenges or purchasing them.

Here is the message from the description: Current players of Street Fighter V and future owners of Street Fighter V: Arcade Edition will be placed into the same player pool, with PlayStation 4 and PC cross-platform play continuing to unite fans into a unified player base. The initial Street Fighter V purchase is still the only one that consumers need to make to ensure they always have the most up-to-date version of the title.

Apart from the Arcade Mode, the new edition will come with a new gallery, a new mode called Extra Battle with timed challenges, and new V-Triggers for all the characters. Here is the official list of new features listed on Amazon.

Considering the appearance of the title on Amazon and the January 16 release date, expect an official announcement by Capcom very soon.