The latest news in the world of video games at Attack of the Fanboy
February 24th, 2017 by Mike Guarino 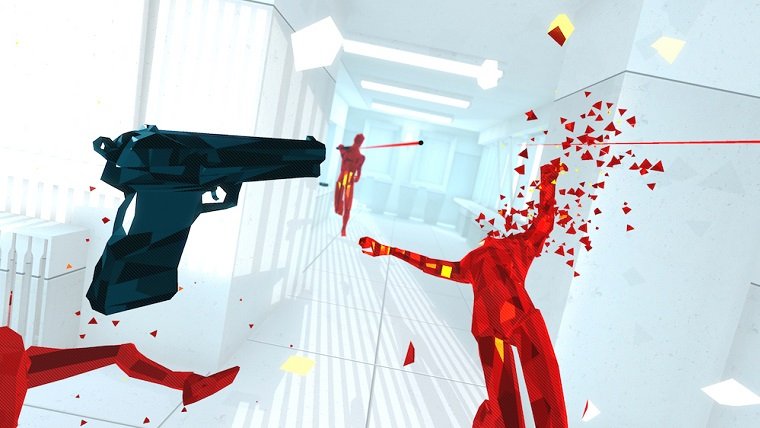 Superhot VR is set to be getting a major update called Forever, and now we know that its release is on the horizon. Evolve PR announced today that the highly-anticipated update will launch on March 7th for the Oculus Rift, which will be adding “hours of gameplay” to the game.

The following is everything that is included with the Superhot VR Forever update:

Endless Mode: Select a battleground and survive for as long as you can.

Headshots Only: Test your aim where only headshots take out enemies.

Time Trial: Race against your best scores in both in-game time (slowed down) and real-time.

Don’t Shoot: Try to complete the game without shooting.

In order to access these new modes you must first complete the initial campaign, which then grants you access to a new startup menu. This startup menu takes the form of a strange room filled with computers, and there is a desk inside that contains a series of floppy disks. Each new game mode is contained on one of these floppy disks, which you must then insert into the proper terminal.

This room serves as a new hub for the game, which gives you more options on how and what you play rather than only being able to play the campaign as was previously the case. There’s even a new menu that will appear in between levels that will allow you to return to the hub or select a new level.

Superhot VR is currently an Oculus Rift exclusive and requires the Oculus Touch controllers to play. We loved the game when we played it last year on PC, giving it 4/5 stars in our review.