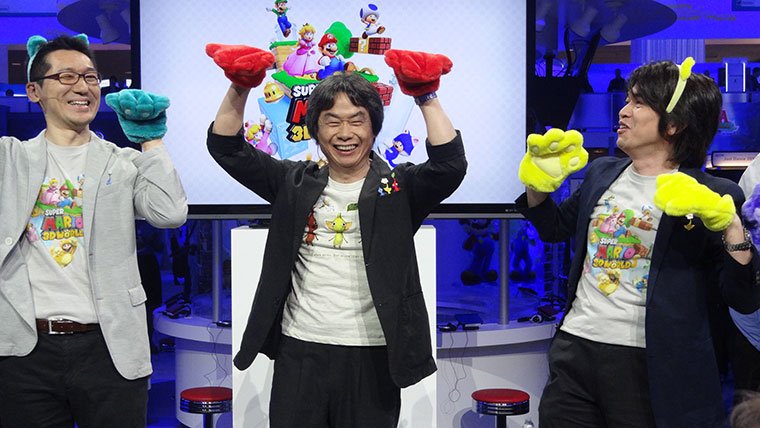 Shigeru Miyamoto might be the most prolific game developer of our time.  The franchises he touches for Nintendo often turn to gold, he’s the man behUind Mario and its numerous incarnations, as well as other popular mainstay franchises for the company.  In a recent Famitsu interview where Miyamoto was discussing the new Super Mario 3D for the Wii U, the conversation turned to new franchises.  The developer teased that Nintendo has something up their sleeve.

“Of course, these sorts of updates mean nothing if we don’t put out games for it, and I hope people are looking forward to the games coming up. We’ll have Mario Kart 8 out next spring, and at that point we’ll have the whole lineup in place, so I think it’s about time we brought out a new franchise. I can’t give out details, but that’s the title that’s been keeping me pretty busy lately.”

What could this brand new franchise be that’s keeping Shigeru Miyamoto so busy as of late?  We’ll have to keep our ears pointed in the direction of Nintendo for the next few months to find out.  Since this interview was from Famitsu, it could be aimed at the Japanese market specifically.  So, with Tokyo Game Show coming up later this year, Nintendo will have prime spot to reveal any new details that they have about this mystery game.