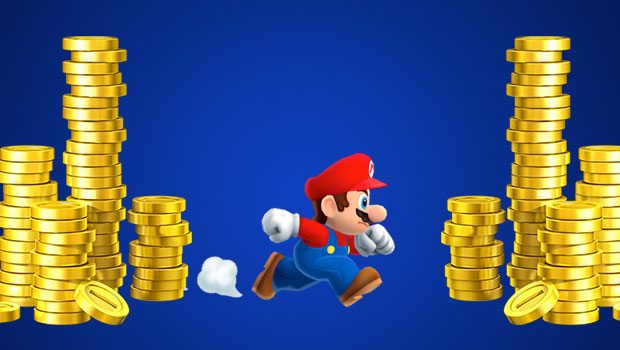 New Super Mario Bros 2 will see its first bout of downloadable content later this week when Nintendo launches three packs on October 4th. The downloadable content will feature new ways to play with the Coin Rush mode from the 3DS title that was released earlier this year.

The three packs available are the Gold Rush Pack, Coin Challenge Pack A, and the Nerve-Wrack Pack.

Gold Rush Pack: Fun new courses that give novice players the best chance to collect lots of gold, and veterans the chance to set even higher Coin Rush records.

Coin Challenge Pack A: The New Super Mario Bros. 2 website will track the rankings based on the scores for this pack, enabling players to measure their scores against other tallies from around the world in these more open courses.

According to a Nintendo Press release, “These packs can be purchased with the following procedures: Players who are connected to a wireless Internet connection must first activate SpotPass in the game and receive a notification from New Super Mario Bros. 2.* After receiving the notification, the next time the player enters Coin Rush Mode**, a Shop icon will appear in the game. Players who have accessed the shop can then read information about the packs, including descriptions, difficulty ratings and the required storage space. As long as players have enough funds in their Nintendo eShop balance, they can then tap and purchase the packs they want all within the game.”