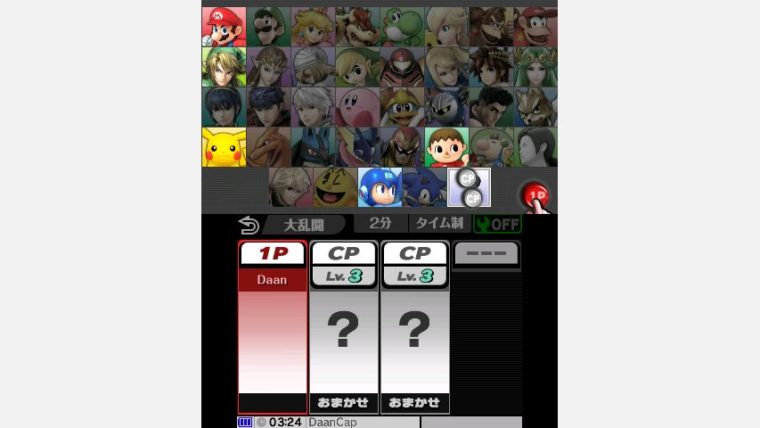 With less than a month to go until the release of Super Smash Bros. 3DS in the US, the anticipation is surmountable right now, but spoilers are bound to be everywhere soon with the release in Japan on September 13. With that release only three days away now, Nintendo has released a demo for the game, but sadly only on the Japanese eShop for now.

The demo is not just limited to one character like a lot of fighting game demos either, as we have access to five different playable fighters. These include the staples of Mario, Link, and Pikachu, but also two newcomers in Villager and Mega Man. It appears that only one stage is selectable though.

Posters on the gaming forum NeoGAF that have a Japanese 3DS have been giving impressions, which include how some of the classic characters have received buffs this time around, including Link being as good as he’s ever been in the game. If you feel like sifting through for more impressions, you can check out that thread right here.

The Super Smash Bros. 3DS demo comes in at only 1016 blocks, so it shouldn’t take up much room on your SD card if you happen to have a Japanese 3DS handheld. This demo of course hit because it is coming out in Japan in just a few days, but hopefully we might get the announcement of the demo coming to other territories during the Treehouse stream on Friday, which has promised tons of footage of Super Smash Bros. 3DS.