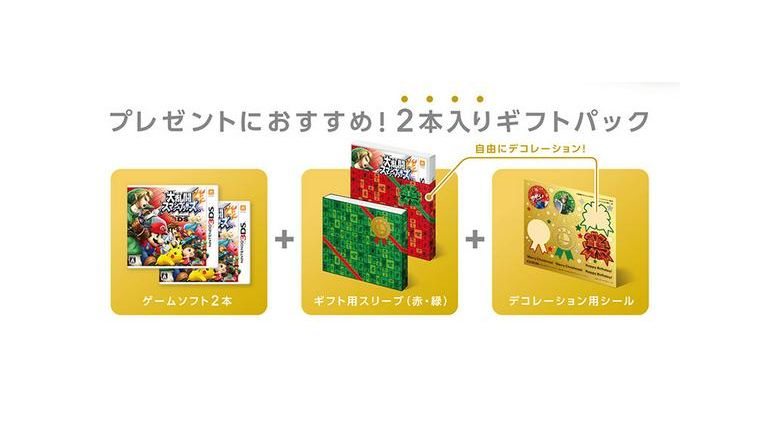 Super Smash Bros. for Wii U is almost here, but the handheld Nintendo 3DS got a completely separate version earlier this month in the US, and the last in Japan. With the two games being able to be connected in ways, one would think that a dual-pack with both versions would be a no-brainer. However, Nintendo has chosen to go another route with a dual-pack that is aimed at multiplayer on the 3DS.

The official Super Smash Japan Twitter account revealed what is now only a Japanese exclusive Super Smash Bros. for 3DS dual-pack. Rather than getting one of each of the two versions, you will actually get two copies of the 3DS version. This may seem crazy, but considering you need more than one cartridge to play multiplayer with friends, it makes perfect sense.

Thanks to a poster on NeoGAF named TheMoon, the cost of the bundle has been translated for comparison to buying two individual copies. The game separately costs 5,200 yen or 10,400 for two copies together. However, this special dual-pack will only cost 9,800 yen.

The bundle will come with decorative sleeves for the game as well as as set of stickers. It is currently scheduled for release on December 11 in Japan, so it could be very good for gift giving if you need to get the game as well. It remains to be seen if something like this will make its way to the US, as a Wii U/3DS dual-pack is probably more likely.