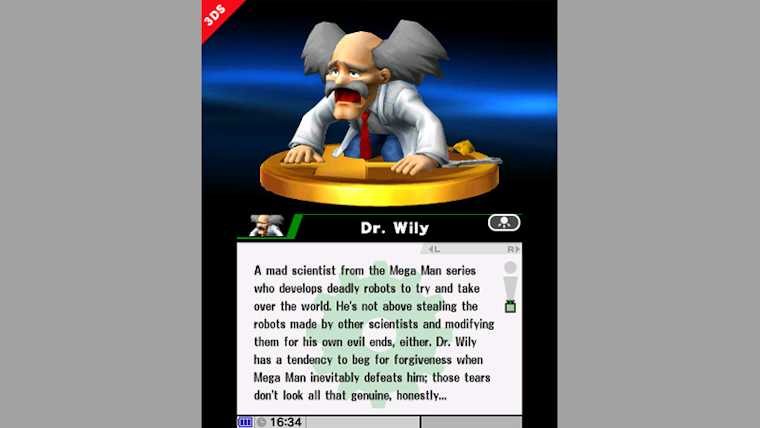 The original Super Smash Bros. was pretty bare bones for the most part outside of the battles, characters, items, and stages themselves. However, Super Smash Bros. Melee changed everything with the implementation of many new features, one of which was collectible trophies. Featuring trophies based on both characters and other objects in the game, we saw a number of completely random trophies as well.

They returned in Brawl and will once again be around in the upcoming Super Smash Bros. for Nintendo 3DS and Wii U, and through today’s Miiverse update, Masahiro Sakurai has revealed more details about their inclusion in the 3DS version, including a first look at the gallery in the game. 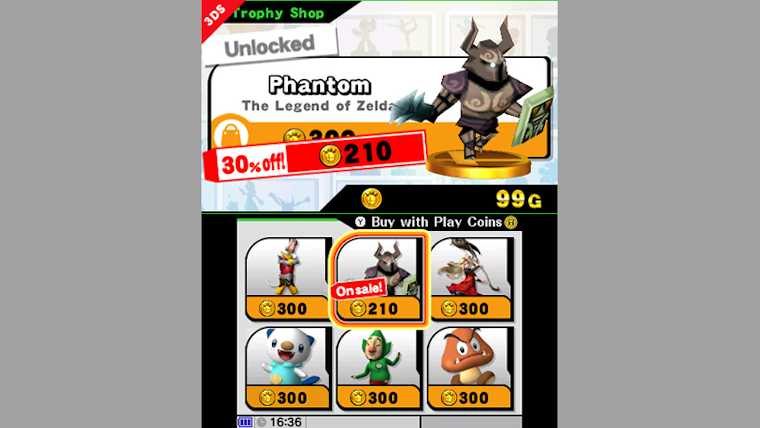 Sakurai chose to give us a second image today with more information, this time revealing something known as the trophy shop in the 3DS version.

There is no indication that this trophy shop will be in the Wii U version, but it would be a safe bet as it seems odd to have it in one version and not the other. The screenshot also gives us a look at a few trophies in the shop, including Oshawott, Tingle, and a Goomba.