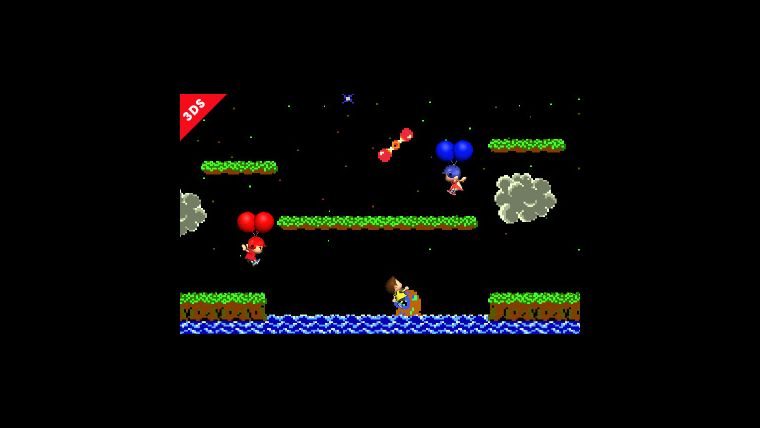 Super Smash Bros. is easily one of the most hyped games in many years, with Nintendo focusing a good majority of its E3 coverage on the game itself. This included trailers, reveals, and even a tournament where we got to see the best Super Smash Bros. players duke it out in the new Wii U version for the first time.

While most of the focus remained on the console edition, we also learned that the Nintendo 3DS version was seeing a little bit of a delay. Rather than releasing this summer as originally announced, it is now coming on October 3, with the Wii U version coming sometime this holiday season.

Speaking of the 3DS version, today’s latest update from Masahiro Sakurai revealed something we did not know prior, the inclusion of a somewhat updated NES classic in the game as a special game mode. We knew that there was going to be a Balloon Fight based stage in the game, but now we have learned that there is going to be an actual four player version of Balloon Fight playable on the cartridge as well. The following caption went along with the above picture on the Miiverse post today.

This is a very fitting addition considering that the purpose of Balloon Fight is to defeat your enemy, similar to Super Smash Bros. With Balloon Fight in addition to modes like Smash Run, Break the Targets, and others we’ve seen, the Nintendo 3DS version of the game does not seem to be lacking for game options, that is for sure.