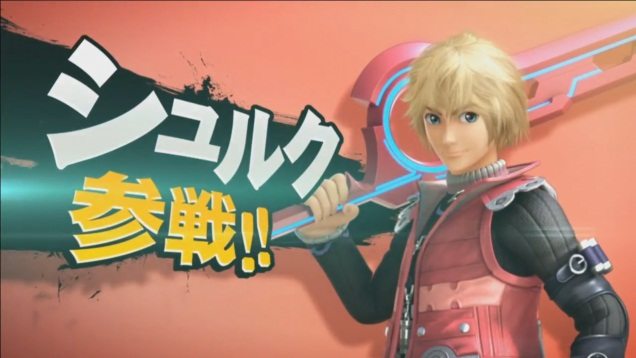 Nintendo has just announced a new character will be added to the Super Smash Bros. roster and it’s Shulk from Xenoblade Chronicles.

Nintendo Direct showed a short new clip of Super Smash Bros. showcasing Shulk kicking some butt with his sword. He looks pretty cool and will fit nicely against all of the other characters that will be in the game. Shulk vs. Link could be a good match to see as they’re both similar and look and size.

Shulk was one of the names that were listed in the leaked roster for Super Smash Bros. It will be interesting to see if the other names on the leaked roster will be officially announced in the future. There’s at least two more months until the game is released so Nintendo has more time to hype up and market the game. It will spoil the fun if the roster is announced so quickly.

Also announced at Nintendo Direct is that you can get the official Super Smash Bros. soundtrack from Club Nintendo. All you have to do is buy the game on Wii U and/or 3DS and register them both on Club Nintendo. The soundtrack is on 2 discs so there will be a lot of good music that will be featured in the final game.