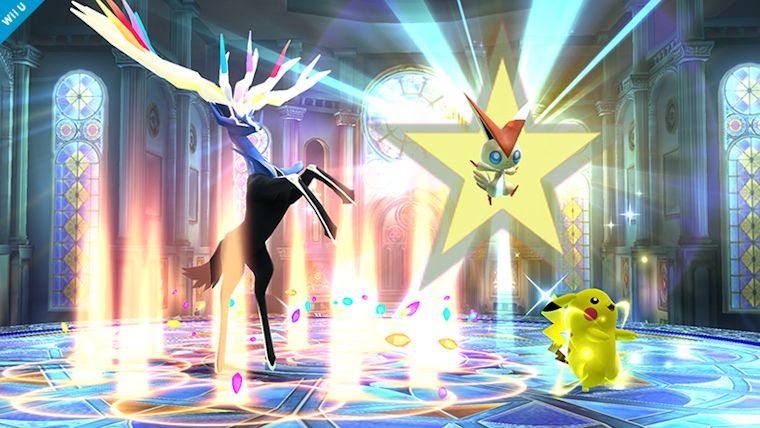 One of the staples of the Super Smash Bros. series since the very beginning has been the Poke Ball item. As soon as one pops up on the map, everyone makes a mad scramble for the ball in the hopes of getting a Snorlax rather than a Goldeen-like Pokemon. However, there are also some Pokemon in the middle that while not doing damage, manage to help in other ways. The latest update from Masahiro Sakurai on Miiverse details two specific Pokemon that will do just that.

The two Poke Ball Pokemon that we have gotten a look at today are the legendary Victini and Xerneas. We’ve previously seen glimpses of these Pokemon, but now we know exactly how they will be used in the game.

These two very different types of Poke Ball Pokemon will definitely be intriguing to see in battle, especially with Xerneas. This will lead to a lot of KOs at once more than likely, with everyone getting a little something rather than just the ball thrower.

Look for Super Smash Bros. to release for the Nintendo 3DS on October 3 with a release sometime later this year for Wii U.