Super Smash Bros. Gets A Blast From The Past With Pac-Man Taunt 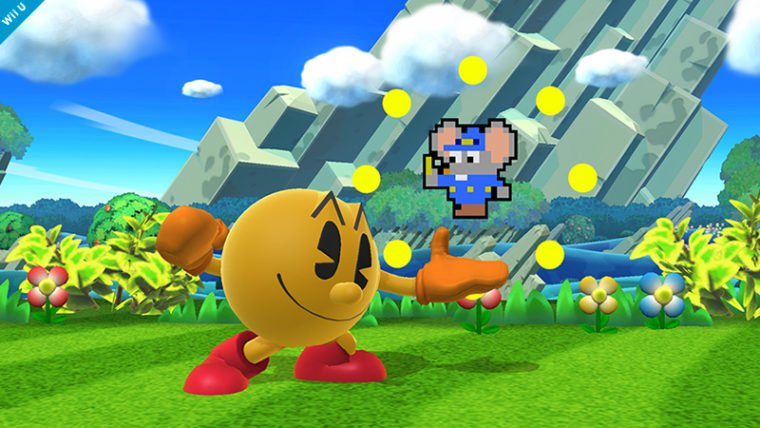 The Super Smash Bros. series has always been known for bringing together the most classic and modern fighters on Nintendo platforms into one amazing combined fighter, including characters like Mario, Link, Samus, and even a few third party characters like Sonic. The latest entry is bringing a few other iconic characters into the mix, including Mega Man and the recently revealed Pac-Man.

Pac-Man looks to bring both classic and modern elements into the game on his own, with a moveset that spans decades. One pretty neat move in particular is his up taunt move that involves other classic Namco characters. Masahiro Sakurai gave the following description with the above image when describing one of Pac-Man’s moves on Miiverse. 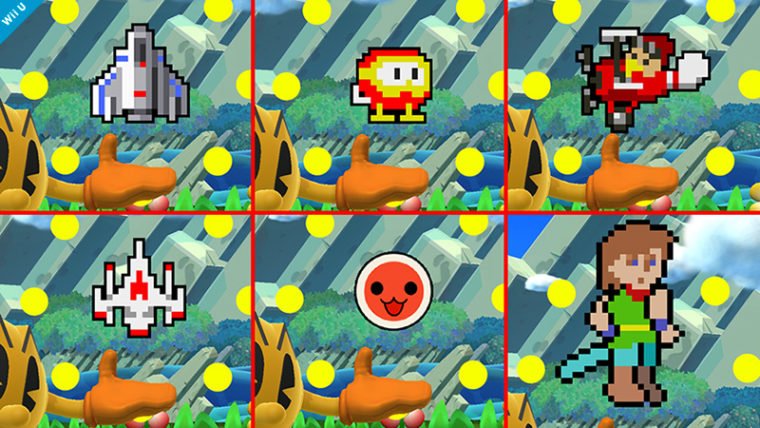 Sakurai even provided us with an extra picture this time, along with the following caption:

Just like most every fighter in the series, Pac-Man looks to have a very wide range of attacks in his arsenal in the upcoming Super Smash Bros., which is set to release for Nintendo 3DS on October 3, with a release on the Wii U this holiday season.

Home / Game News / Super Smash Bros. Gets A Blast From The Past With Pac-Man Taunt