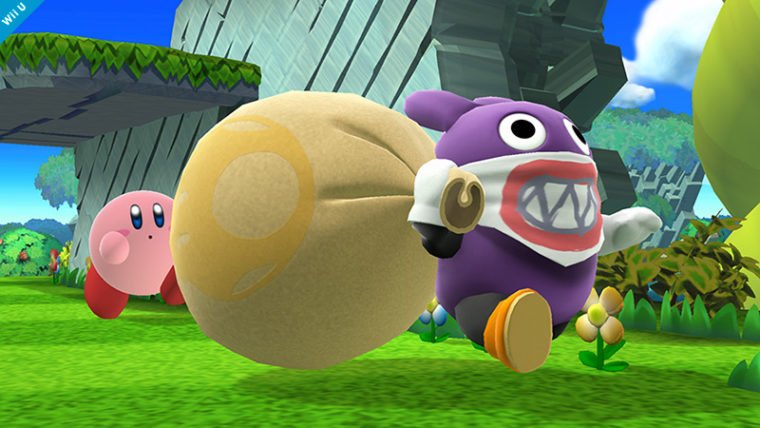 The Super Smash Bros. series has always been known for a few defining characteristics. This includes taking our favorite Nintendo characters and pitting them against one another in all out combat, specifically on stages mostly crafted after major areas in stages based on the characters and other Nintendo franchises.

There have been too many stages to count by now across the first three games and it appears we will be getting the same level of detail and innovation this time around. There have always been the stages like Final Destination that are basic as it gets for competitive matches, but the most fun are always the other stages that are full of interesting mechanics.

In the Wii U version of the game, one of those new stages that looks to be a lot of fun is known as Mushroom Kingdom U, based off the New Super Mario Bros. U game. We’ve seen a little about it in the past, but Masahiro Sakurai divulged a little more information about one of the specific mechanics, or in this case menaces, of the stage.

Nabbit being a stage hazard should certainly make the stage a little more interesting than some of the past Mushroom Kingdom set stages. The key will obviously be how to utilize him to your advantage, rather than just looking at him as an obstacle.