The latest news in the world of video games at Attack of the Fanboy
September 1st, 2014 by Dean James 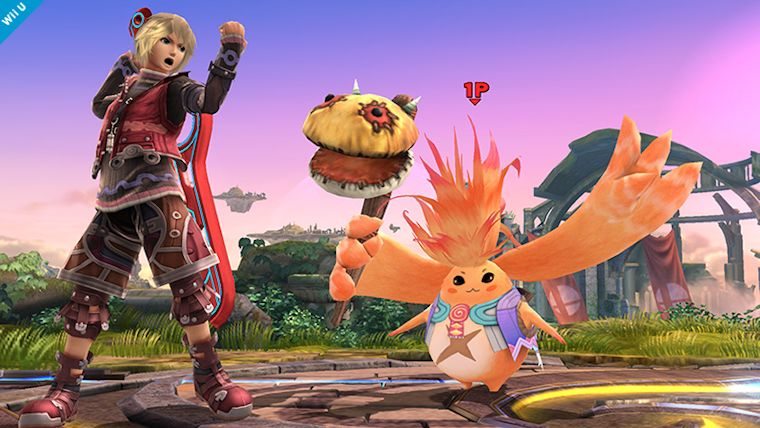 At the end of last week, we learned of another new competitor joining the upcoming Super Smash Bros., Shulk from Xenoblade Chronicles. As a result, the timing seems perfect for Masahiro Sakurai to reveal a new Assist Trophy from that game as well, and this is one that will be pulling double duty.

Through Miiverse, Sakurai revealed Riki, who will be both an Assist Trophy and a big part of Shulk’s Final Smash.

The other really interesting piece of information in this update involves the cursor explaining who an Assist Trophy or Pokemon belongs to in battle. This is a major help, especially in battles with nothing but Assist Trophies or Poke Balls, which I personally love doing.

Look for Super Smash Bros. to release on the Nintendo 3DS on October 3, with a release for the Wii U sometime this holiday season.