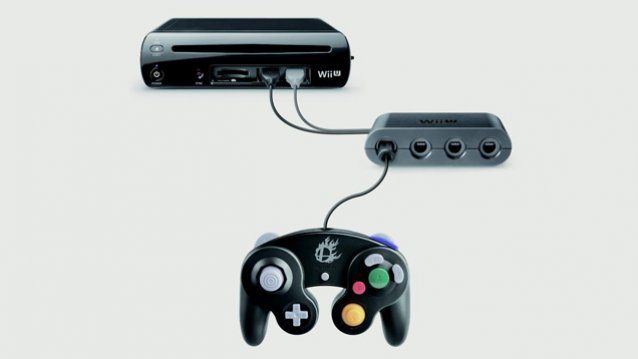 Nintendo announced back in May that they would be releasing new, and official Gamecube controllers for the release of Super Smash Bros. for Wii U. The new, and specially branded, controllers have just popped up for pre-order over on Best Buy’s website for a retail price of $29.99. The adapter, which allows the Wii U to use Gamecube controllers, is also available for $19.99.

If you’re like me then you already have a house filled with Gamecube controllers and/or Wavebirds. If so, all you need is the adapter, those old controllers will work just fine. Both items should be released at the same time as Super Smash Bro.s for Wii U, so some time around the holidays.

I had a chance to play some Super Smash Bros. for Wii U with the Gamecube controller while at E3. It felt completely natural and will most likely be the preferred way to play for serious Smash players. Being able to put my old Wavebirds to some use is an added bonus.

Some naysayers might take Nintendo’s use of a 13 year old controller as a sign of stagnation or lack of creativity. “Didn’t we buy the Wii U for games to use the Gamepad?” I would argue that Super Smash Bros. isn’t a normal series, and this is nothing but a good thing.

Yes, we want other titles, like Pikmin 3 and New Super Mario Bros. U to utilize the Gamepad’s unique features. However, Smash Bros. is a much more competitive experience. You don’t want it to be filled with different features that get in the way of the core mechanics that have served the series for over a decade. This is why Super Smash Bros. Brawl for Wii had little to no benefit for players who used the wii remote. Yes, that system was sold on the wii remote’s merits, but this one series stands out as one of the few that we want to never change its controls.