Super Smash Bros. Wii U Will Allow You To Use 3DS As Controller

The latest news in the world of video games at Attack of the Fanboy
September 13th, 2014 by Dean James 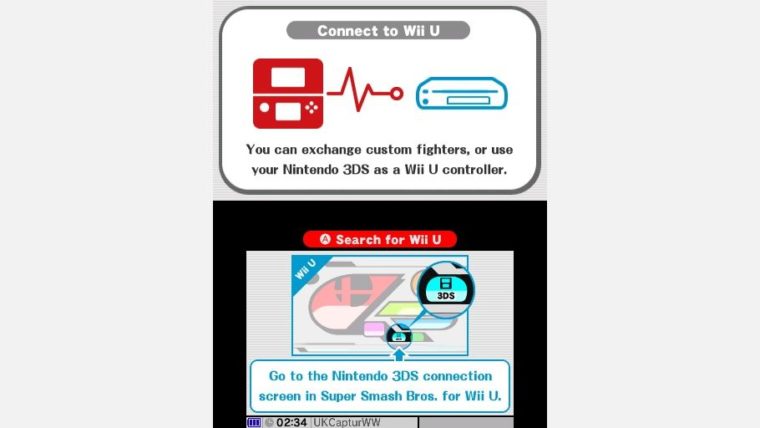 Super Smash Bros. for 3DS is all the talk right now with the release in Japan today and leaks galore over the last few days. However, this latest piece of news involves the Wii U version of the game and one way it will be connected to the 3DS version.

According to a report from NintendoWorldReport, the 3DS game reveals that if you own the Nintendo 3DS version of Super Smash Bros., you will be able to connect it to Super Smash Bros. for Wii U and use the 3DS itself as the controller. While most will be using the other controller options like the GamePad or the GameCube controller, this adds another option into the mix.

This is good for those that may really like the controller scheme found in the 3DS version, since it comes out at least a month prior. Regardless, it will still likely be one of the least used controller scheme as the circle pad is hard to compare to a true analog stick.

For those planning to get the Wii U version of Super Smash Bros. when it releases this holiday season, what controller scheme do you plan on using? I think I will be getting the adapter and going retro with the GameCube controller, but there are plenty of good options out there.

Home / Game News / Super Smash Bros. Wii U Will Allow You To Use 3DS As Controller