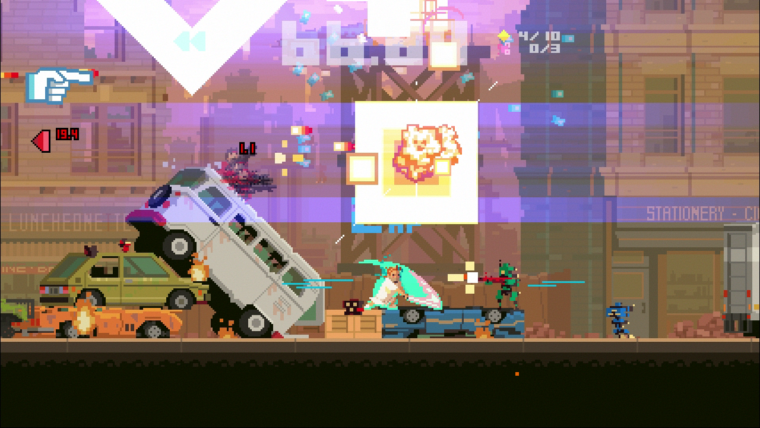 The past few years have been quite kind to retro-stylized games. Scott Pilgrim vs. the World brought River City Ransom’s gameplay to a whole new generation a few years ago, while Mercenary Kings is a far more recent game that blends Metal Slug’s visual style with slower Mega Man-style combat and Monster Hunter boss battles. Super Time Force has gotten a couple of years worth of hype on the indie scene and takes run and gun gameplay to a new level. It’s got a bullet time mechanic and also allows you to swap characters. Much like the recent hit BroForce, the characters are parodies of pop culture – so if you’ve ever wanted to experience Metal Slug with a pre-NES art style and a more modern color palette, this is going to be the game for you.

The developers at CAPY have announced that the game is due for release in a shade under two weeks – on May 14. The game launches both the Xbox 360 and Xbox One then. Given how much better the Xbox One’s d-pad is, that would seem like the version to get – although last-gen players with the revamped d-pad should definitely consider that version. With a surprisingly bright color scheme and a relaxing soundtrack given the game’s frantic pace, you’ll to keep an eye out for STF when it’s released.