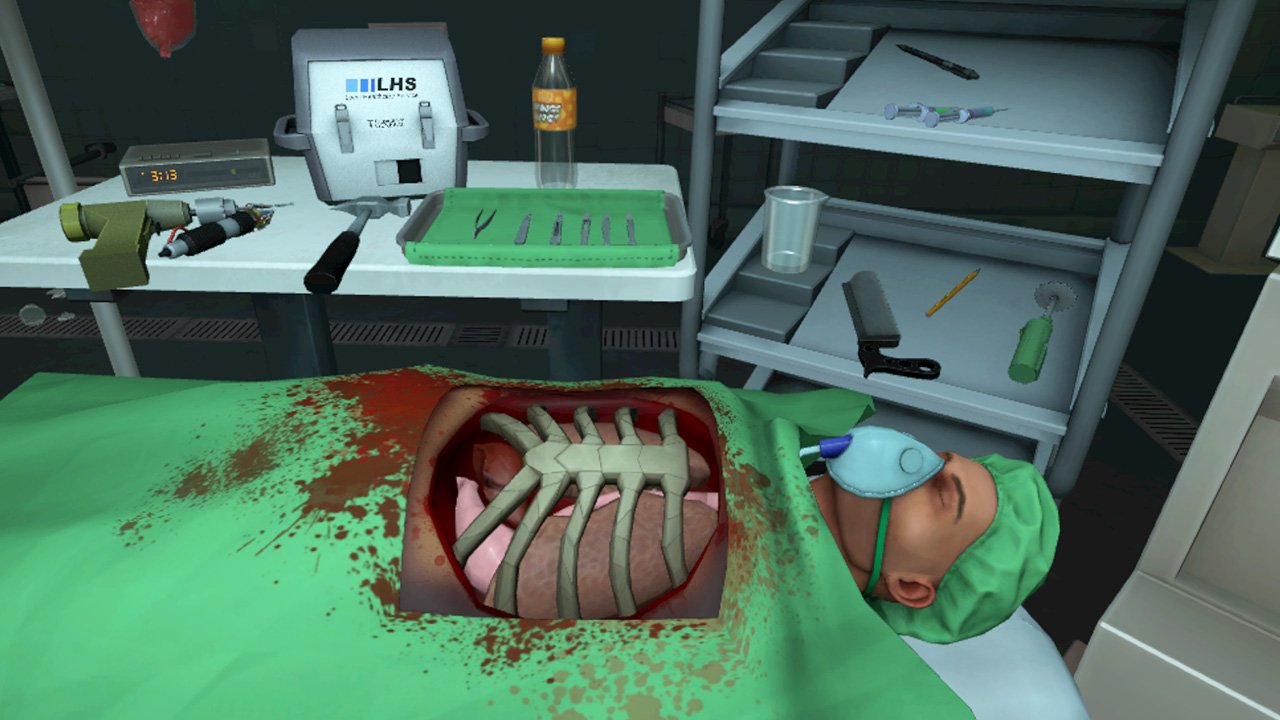 Remember Surgeon Simulator? In case you don’t, it’s an indie game that was released in 2013 in which you play as a surgeon and perform various surgeries. The thing is that the controls are purposely bad, leading to some grimly humorous scenarios. The game is currently available on a number of platforms, including PC, PlayStation 4, mobile devices and even VR, but it looks like it’s still not done expanding to new platforms.

The official Surgeon Simulator YouTube channel recently posted a video simply called “BONE-SHATTERING NEWS,” leaving its contents vague. The video itself is only eighteen seconds long and doesn’t provide any concrete information. It begins with the playable surgeon’s hand fumbling around, knocking things off a shelf for a few seconds, before eventually clicking a light switch, causing the video to cut to black. It then says, “Coming Soon” before the video ends. The description of the video just reads, “Let us know when it… clicks.” So the announcement of a Switch version of Surgeon Simulator may not be official yet, but this short teaser seems to imply pretty hard that a Switch version is coming. The video centers around the surgeon trying to hit a switch. There’s a “click” pun in the description (a clicking sound being central to the Nintendo Switch’s marketing campaign). What else could be “coming soon”? A light switch-themed DLC?

Of course, nothing is official until an official announcement has been made, so we’ll have to wait and see. In the meantime, you can watch the video below and see what you think it means yourself.