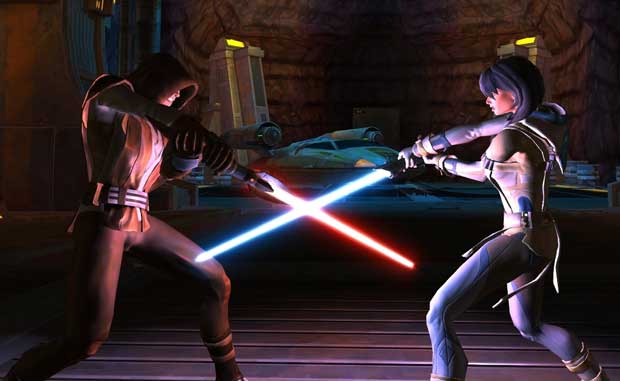 Star Wars: The Old Republic is officially coming this holiday season, as was recently announced by Electronic Arts.   An exact release date for the upcoming MMO hasn’t officially been announced at this time, but a recent retail source leaked the possibility of SWTOR coming this November, because there’s really just not enough games coming out then.  If released in November, the game would join the likes of Modern Warfare 3, The Elder Scrolls V: Skyrim, Uncharted 3, Assassin’s Creed: Revelations, Halo: Combat Evolved, Saints Row: The Third, and other game’s in the month what will go down in personal history as “The Wallet Buster of  ’11”.

A “reliable senior retail source” told CVG to expect the game’s release in November, but as of yet, EA has yet to pigeon-hole themselves into anything concrete.  Leading up to the release, expect a beta for the MMO in the month of September to get the game ready for launch.  The beta will be conducted in a series of weekends where sign-ups have already begun.  Though if you pre-order STWOR you’ll get priority access to the beta.