The latest news in the world of video games at Attack of the Fanboy
May 24th, 2015 by Dean James 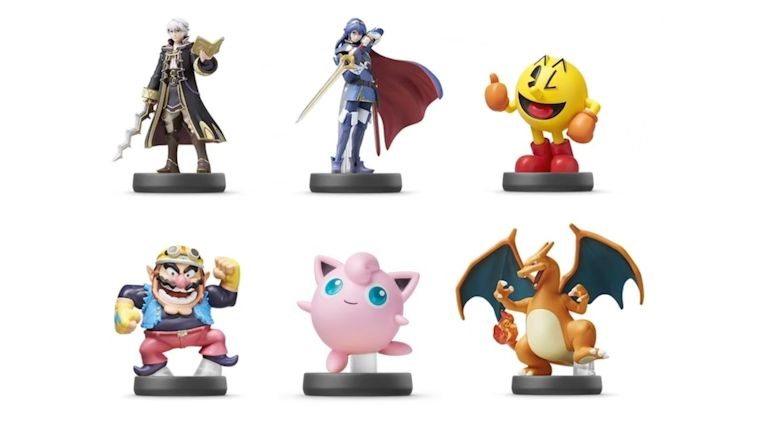 This coming Friday is set to bring us the much awaited fourth wave of amiibo, alongside the release of a few others as well. At most retailers, collectors that are at the front of the line have the option to purchase at least one of each character, which makes total sense. Earlier this past week, the Target ad for this coming week leaked that showed a limit of two amiibo, which is pretty common. However, it has now come to light that this may not mean two of each per customer, but two total amiibo.

Rumors of this ridiculous limit first surfaced yesterday when an internal memo from Target leaked that had some strange wording that seemed to say that customers were limited to two total. Often times memos are worded poorly, but that doesn’t appear to be the case this time. When asked about the limit, the official Ask Target Twitter account had the following to say:

This certainly does not sound good for those that missed out on pre-orders everywhere and were hoping to get even just one of each. On Friday, we will see the release of six different Wave 4 amiibo at Target, plus Silver Mario, the Splatoon 3 pack, the two Inkling amiibo separately, and possibly even the Marth reprint. This is a lot of amiibo to choose from and to be limited to only two of those, one of which almost has to be the Target exclusive Jigglypuff, is pretty insane.

The only good news is that some members of the amiibo subreddit have talked to their stores and they said they will just be doing a limit of two of each, but Target could always send a more stern memo later. A lot of times it is truly up to the discretion of the manager, so we will have to see what happens. I know my Toys R Us actually did this with Wave 3b of their own volition, by limiting us to one total amiibo that day, of which I chose Ike over the also rare King Dedede.

Hopefully more news will surface as the week goes on relating to this topic, as Ask Target has given some questionable info in the past. Either way, make sure to stay tuned for our amiibo Hunting Guide for May 29 sometime around the middle of the week to plan ahead for the madness that will be Friday.

Update: It appears that either Target has changed their mind already or Ask Target was misinformed, as we said they have been in the past. The Ask Target Twitter was asked about how there are nine completely new characters and customers can only buy two, in which they responded.

This is great news for those that were planning on relying on Target to get the Fire Emblem characters and such, in addition to Jigglypuff and more. However, still remember that store managers have the last say and that Ask Target could once again be somewhat misinformed, so check with your local stores closer to Friday just in case.