Team Ninja Might Be Teasing A New Dead Or Alive Title

The latest news in the world of video games at Attack of the Fanboy
December 15th, 2017 by Jelani James 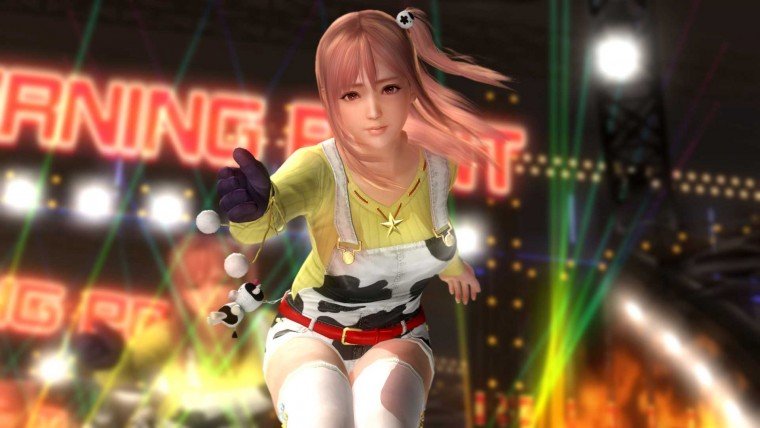 Team Ninja is hinting at a big announcement this weekend, and considering the timing, it’s likely it will be related to the Dead or Alive series.

To be specific, the announcement will be coming at this weekend’s Battle Royal 2017 Grand Finals at NEC18, where Team Ninja’s official Twitter explicitly stated that viewers should watch the entire broadcast — including the post-final celebrations.

“Make sure to stick around until the finals are over,” the tweet stated. “There will be an announcement once the prizes are given to the champions on Dec. 17.”

Honestly, since this is Team Ninja making the announcement, any game (assuming it is a game) it has worked on is within the realm of possibility. This includes Ninja Gaiden, which some on Reddit have started to consider.

However, there are two prime reasons why the announcement will most likely related to Dead or Alive: timing and DoA5’s life cycle.

Meanwhile, the second reason, DoA5’s life cycle, is a little more involved. Since its initial release in 2012, DoA5 has received three iterations: Dead or Alive 5 Plus (2013), Dead or Alive 5 Ultimate (2013) and Dead or Alive 5 Last Round (2015), along with plenty of DLC costumes to go along with it. It wouldn’t seem all that hard for Team Ninja to keep pumping out more content (it certainly seemed like it was content in doing so with various themed costume packs), but five years is fairly old by modern fighting game standards and the studio has made it clear that it would stop creating more DLC after this year.

With all that in mind, an announcement concerning Dead or Alive is highly likely. Now all that’s left is to wait until Dec. 17 to find out.