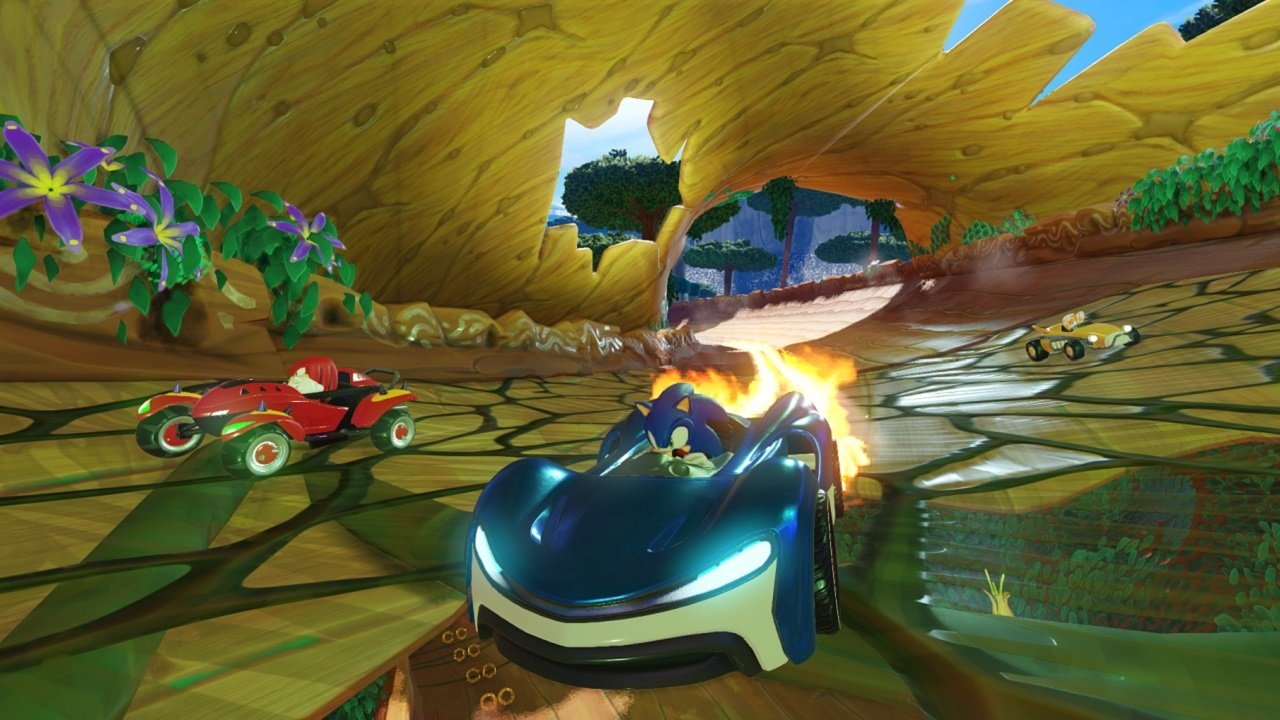 Following the Wal-Mart leak earlier today, Sega has officially announced Team Sonic Racing for the PlayStation 4, Xbox One and Nintendo Switch which is due to arrive Winter 2018.

Thanks to a listing from Wal-Mart — who has let slip quite a few games as of late — we now know that the rumored Sonic title Sega has lying in wait is indeed a new racing game titled Team Sonic Racing.

Here is some info via the online listing:

Team Sonic Racing combines the best elements of arcade and fast-paced competitive style racing as you face-off with friends in intense multiplayer racing. Race together and work together as a team by sharing power-ups and speed boosts. Take control of your racing style – Choose from 3 distinct character types and unlock game changing vehicle customization options to suit your racing style. Speed up. Gear Up Team Racing at Sonic Speed! 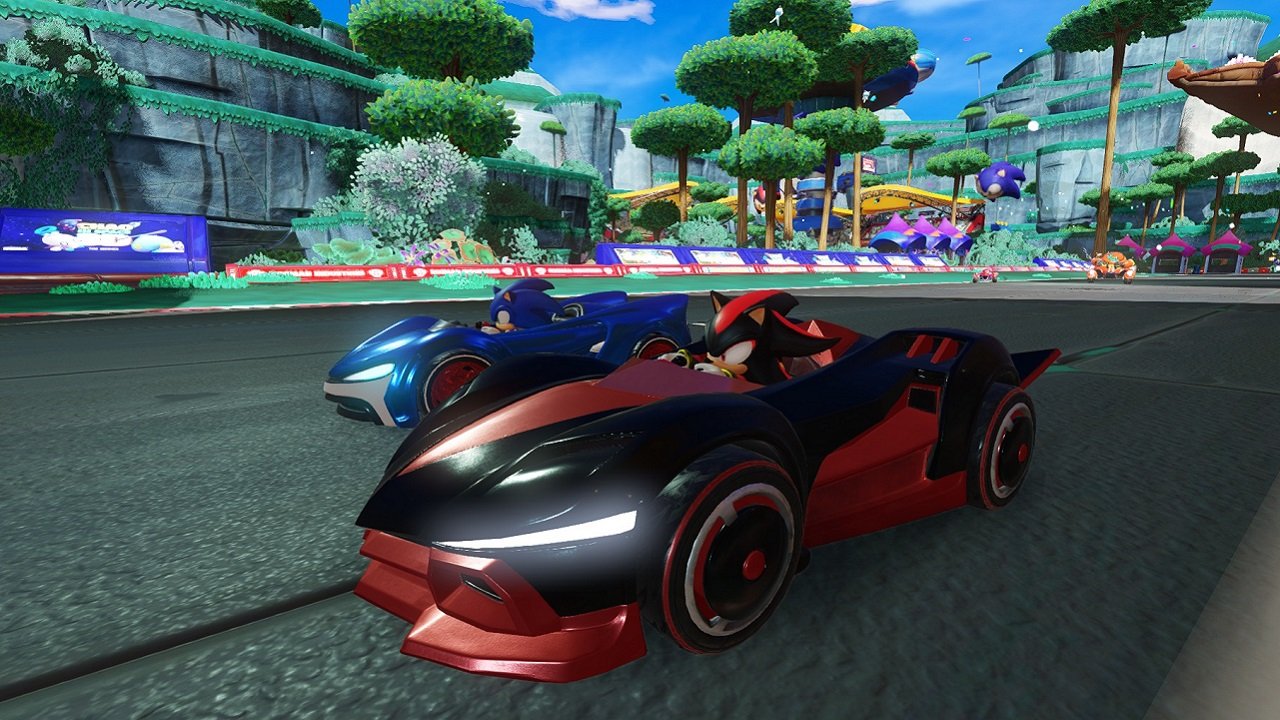 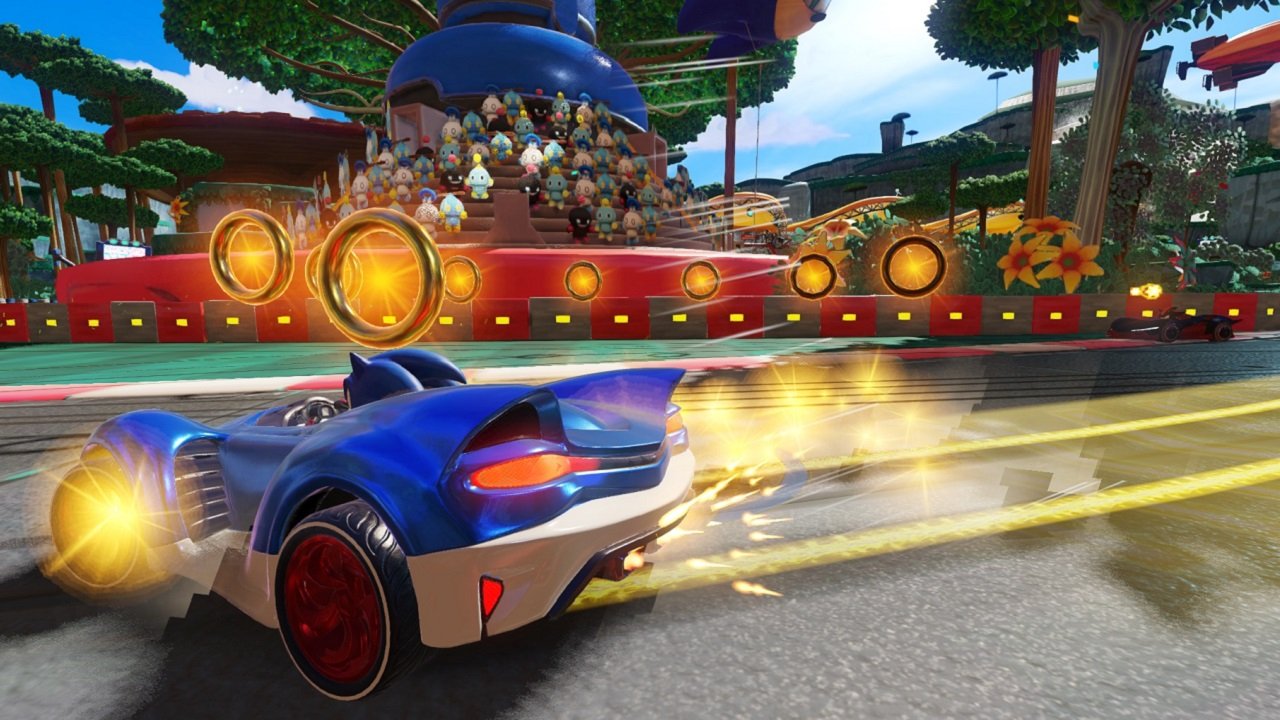 Even though Wal-Mart has effectively taken the hype out of Sega’s and Sumo Digital’s announcement, it’s about time this game was revealed as evidence of its existence has been building for quite some time. It all started back in January when images of a slide, purportedly from an internal Sumo Digital presentation which made reference to an “unannounced karting game” based on an “established global IP” appeared on Resetera, and though the rumor was quickly quashed by Sega community manager Aaron Webber on Twitter, it didn’t take long for things to start back up again when British toy maker Zappies confirmed it was working new toy line for an unannounced Sonic racing game.

At that point, not even Sega could deny its existence and back in March released a teaser trailer, showing part of the game’s logo.

It will be interesting to see how Team Sonic Racing turns out. Though Sonic R (1997) was quite fun, no future Sonic racing title (featuring exclusively Sonic characters) has been quite up to snuff, and between the wisps, classes and blatant admission from Sega that this is unrelated to any prior Sonic racing title, it’s clear that Sumo isn’t wholly relying on the success of the All-Stars Racing series for an easy out.