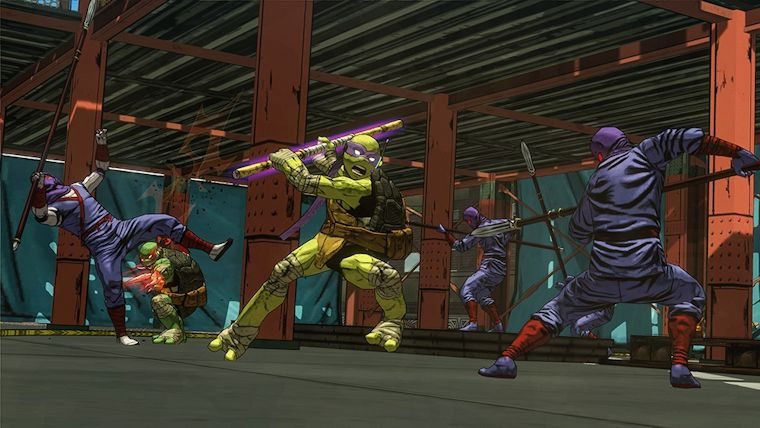 The worst kept secret in all of gaming over the last few months has easily been Teenage Mutant Ninja Turtles: Mutants in Manhattan, the Platinum Games take on the series. After first leaking in November, we’ve since gotten artwork, screenshots, and even an achievement list, but now the game have been officially unveiled in its debut trailer.

Platinum Games used their official Twitter yesterday to provide us with quite a funny tease, which said that the game would be “officially leaked” tomorrow. However, Activision evidently couldn’t wait as the trailer was released late last night.

The official trailer looks fantastic, showing off the IDW comic-based art style in action, looking quite similar to Platinum’s Transformers game. The action looks fast and very Platinum-like, which is almost a guarantee that this one will be a quality game. More details of the story have also come out courtesy of the Xbox Live listing:

“Battle alongside your brothers through the sewers, subways, and streets of NYC to take down Shredder and Krang’s evil organization, Foot by Foot. Unleash custom combat skills and powerful team combos to save Manhattan from the overwhelming dark forces growing in the shadows.”

The listing goes on further to say that the game will have 1-4 player online play, with 2-4 player online co-op. This makes it sound like there will be no local co-op play, but hopefully that is not the case.

The end of the trailer, which you can see below, reveals that the game is coming in Summer 2016. This makes a lot of sense with the new movie coming out as well, so it would make sense to try and capitalize on the theatrical release.