The latest news in the world of video games at Attack of the Fanboy
August 25th, 2014 by Damian Seeto 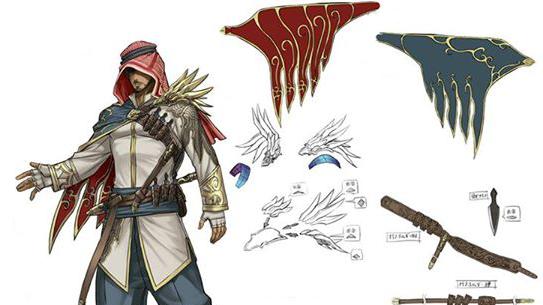 A few weeks back, Bandai Namco asked fans their thoughts of adding an Arabian character to Tekken 7. Now that all the feedback has been received, there’s a strong chance he may be in the final game.

“Hi everyone, this is Harada from the TEKKEN Project. Thank you for (your) feedback about TEKKEN 7 New character. Now, we are considering about that character (It’s not decided yet). I thank you for your help in advance!”

As you may have seen a few weeks ago, the potential Tekken 7 character was an Arabian male fighter. He looked like he could fit nicely in an Assassin’s Creed game as he had a similar looking robe. He looked pretty cool, although Bandai Namco wanted feedback from the fans first for some sort of approval.

They especially wanted feedback from Tekken 7 fans from the Middle East. They wanted to make sure the character was authentic and wasn’t stereotypical in any way. They’re hoping to bring in more characters from different countries for the game so fan approval is a must. The last thing they want is to add a character that offends people.

Hopefully Bandai Namco considers adding him in to Tekken 7. He looks like he could kick some real butt.