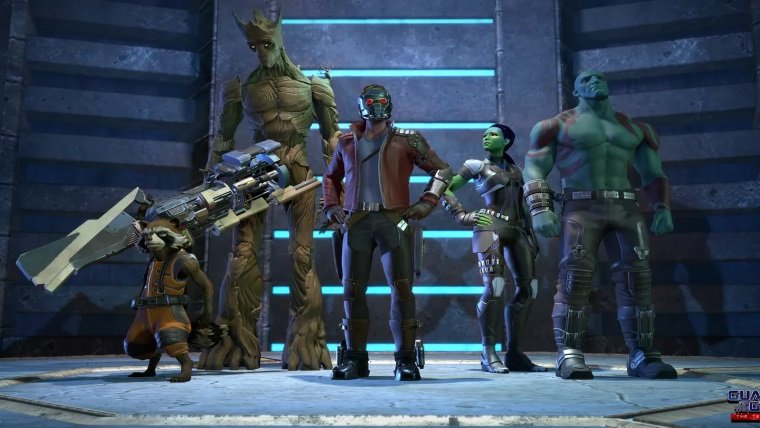 Telltale surprised everyone when they revealed that their Marvel teamup was going to be a Guardians of the Galaxy game. The formerly little known comic series quickly rocketed to the top of most geek fans’ favorite properties with the hugely popular film. Getting a Telltale game makes a ton of sense, and fans seem pretty excited about it. One important detail was just shared at the Telltale panel at PAX East 2017 that sheds some light on the story. It seems that Telltale’s Guardians of the Galaxy is not set in the movie or comic universe.

This was explained in relation to some changes that had been made to the character designs, specifically in relation to Gamora. With her looking a bit different than her movie version, the question was “how does that work”. The answer is that Marvel is allowing Telltale to craft their own version of the Guardians of the Galaxy universe.

Explaining that this unshackles their partners, Marvel seems to want Telltale to be able to make whatever sort of story they want, without worrying about continuity. With a movie already out, another on the way, and an ever expanding comic universe for these character, this should be a big help for Telltale, allowing them to create whatever story they want, without the burden of years of canon to deal with.

This should also help players, with Telltale games always allowing players to make important choices based on the plot. They no longer have to worry about if their choice will be wrong for that character, or lead to a storyline that they don’t want for the movie or comic univers.

Telltale’s Guardians of the Galaxy will arrive this Spring for PS4, Xbox One, and PC. Watch for more info from PAX East 2017, coming soon and all through next week.