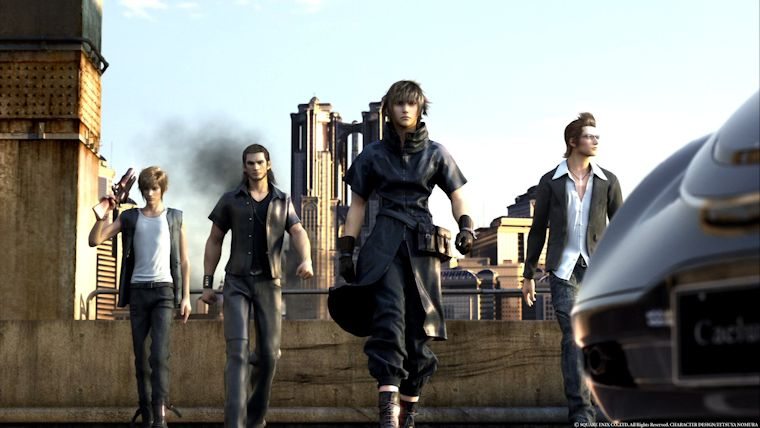 TGS is just getting fired up and we’ve finally been getting some brand new news about the mysterious Final Fantasy XV already. We learned yesterday that the first demo for the game would be coming at some point in 2015, being accessible by those that purchase Final Fantasy Type-0. The first gameplay footage in a long time was also showcased just a few hours ago, but that’s still not the biggest news of the show yet. Square Enix has revealed that the game’s director Tetsuya Nomura has officially stepped down.

This news comes as a pretty big surprise considering Nomura has been in charge of the project ever since it was first announced as Final Fantasy Versus XIII back in 2006. In an official statement, Square Enix CEO Yosuke Masada said the following:

“This move allows Tetsuya Nomura to focus his full efforts as the director of other highly anticipated titles, including Kingdom Hearts III.”

This news may excite more people than disappoint as it means we will be getting Final Fantasy XV still with Kingdom Hearts III being Nomura’s focus now instead, rather than one having to pretty much wait on the other.

Masada also had a good bit more to say about the decision and that they had already put another director in place.

“In reviewing our development structure, we have decided to assign Hajime Tabata as the new director for Final Fantasy XV. Currently, Tabata and the entire development team are working, whole-heartedly, towards completing the production of Final Fantasy XV and ensuring the delivery of the highest quality Final Fantasy title to date. We invite every one of our fans to view the fruits of our labor through Final Fantasy XV’s demo, and promise to present a game that further surpasses expectations when the finished product is released.

“As the director of Final Fantasy XV, Tetsuya Nomura has mainly worked on the original concept for the story and universe in addition to creating the characters. Hereafter, he will be focusing his efforts on the production of titles that can only be made possible by Nomura, himself, and delivering products that exceed the quality of past titles, starting with another one of his representative projects, Kingdom Hearts III. Square Enix will continue to work on these titles with the best staff formation in an effort to deliver them to everyone as soon as possible and appreciates your continued support.”

Hajime Tabata certainly has some experience with the franchise after already directing Crisis Core: Final Fantasy VII and Final Fantasy Type-0. This is basically a win-win for gamers and hopefully that means we will finally get new information on Kingdom Hearts III in the near future.