The Legend of Zelda Ocarina of Time on Display 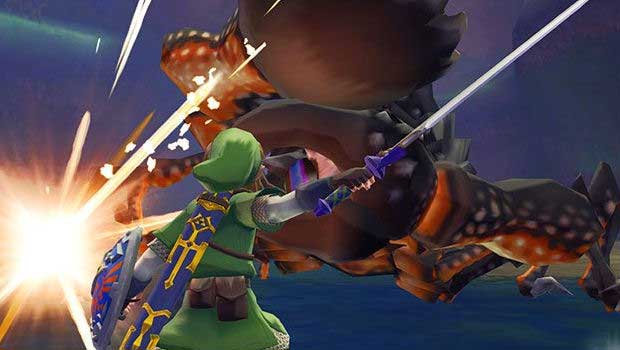 Legend of Zelda Ocarina of Time was spotted today at Nintendo World, and this friendly and familiar face will have you feeling right at home on the 3DS later this year.  The highly anticipated remake of the Nintendo classic will be coming out this Spring according to Nintendo.

The Legend of Zelda Ocarina of Time was not included in the launch lineup but should be coming shortly after the handheld’s release in February.

Accompanied by other Nintendo classics, like Pilotwings Resort, Steel Diver, Kid Icarus: Uprising, and Star Fox 64 3D.  Nintendo is going all out in putting some of their most popular franchises on the handheld at or near launch.

It looks like they’re trying to make it incredibly difficult for any Nintendo fan to pass up trying to snag a Nintendo 3DS at launch.  Time will tell if this handheld will be able to surpass the DS, but with any hardware, the software is the thing that sells it.

Software, apparently the 3DS is going to have in spades.

The Legend of Zelda Ocarina of Time
We're Looking For Contributors