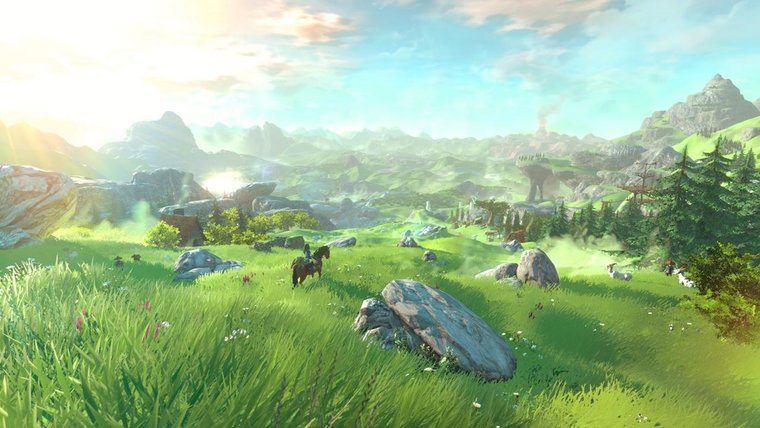 The Legend of Zelda Wii U has been completely out of the limelight for a number of months now, with minimal information popping up at random. We just got a bit of information from Famitsu yesterday and now series producer Eiji Aonuma has teased a little more about the game’s open world.

We’ve known for awhile now that The Legend of Zelda Wii U would have a full open world, which we got an actual glimpse of during the short demonstration during last year’s The Game Awards.

For the most part, the open world is still a big mystery, but in an interview with IGN, he discussed this topic very briefly.

“We actually had some feedback from Skyward Sword, where people were saying, ‘This is not exactly the Zelda game I was looking for, I was looking for a bigger open world.’ Unfortunately, I can’t go into details but I’m hoping to put a surprise, or kind of a twist, on my view of an open world game. I hope that you’ll look forward to it.”

Aonuma also talked about how they can’t put all of the fan feedback into The Legend of Zelda Wii U, or nothing would be surprising in the final product. He said that he wants to “implement something new and surprising into every game.”

While this isn’t too much information, it is still something for a game that Nintendo is keeping so under wraps right now. One has to wonder what kind of twist that they could implement in the open world for The Legend of Zelda Wii U that would set it apart from other similar games.