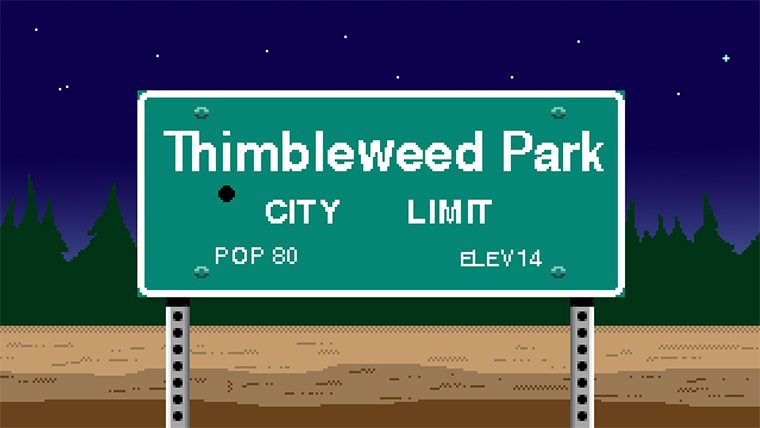 Thimbleweed Park is a brand new, old-school adventure game by Maniac Mansion creators Ron Gilbert and Gary Winnick. Lost along a dusty stretch of highway, the town of Thimbleweed Park once boasted an opulent hotel, a vibrant business district, and the state’s largest pillow factory, but now teeters on the edge of oblivion and continues to exist for no real reason. When two washed up detectives are called in to investigate a dead body found floating in the river just outside of town… well, that’s when things get interesting.

With five playable characters, multiple endings, deliciously retro 2D graphics, classic verb-based point & click gameplay, inventory items, and a bizarre comedy storyline swaddled around a grisly murder, Thimbleweed Park is the game that might have immediately followed Maniac Mansion if only Ron hadn’t gone off on a pirate kick.

Gilbert and Winnick call Thimbleweed Park a distillation of the genre, which “strips away all the cruft built up over the years.” No release date target has been set for the game, but those who want to blindly throw money at two pioneers of the genre can find more information about the game on Kickstarter.