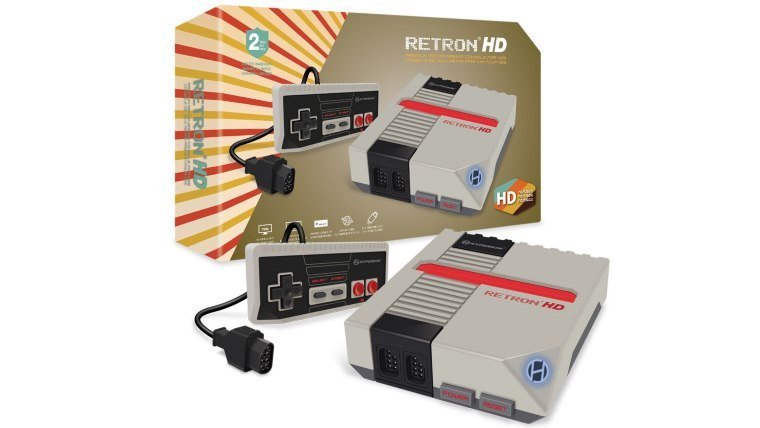 The RetroN 1 HD is now available for pre-order on Amazon with a release date of May 25th. This new retro gaming device comes from Hyperkin, the makers of the RetroN5. Using a form of emulation, this console allows you to play your actual NES cartridges, but upgraded to HD with some fancy new features. Equally important though, you can even use your original NES controllers.

Retailing for $39.99, it’s a pretty good deal compared to older consoles and other devices that allow retro gaming. Hyperkin’s RetroN series has been going for quite some time, with various devices allowing players to enjoy their original cartridges for different consoles. Many of their devices allow multiple console play, such as the previously mentioned RetroN5 that lets players use it for NES, Famicom, SNES, Sega Genesis, and Game Boy Advance games.

I actually own a RetroN 5 and have enjoyed it quite a bit. It’s an interesting device and allows for easy play of retro console games. I no longer need to have an old CRT TV around with more antiquated connections. The RetroN 5 lets me use my regular HDTV with an HDMI connection. The games look great too, while not necessarily perfect-pixel accurate. The console upgrades the visuals to work in HD without adding too much extra stuff, though filters and other options are available.

There has been some controversy surrounding the RetroN 5 and the software that it uses to support the games. I don’t want to dive too much into that, as Hyperkin has argued against the accusations. The system is still available on Amazon and seems to be staying there for the foreseeable future.

The RetroN 1 HD is a simplified version of the RetroN 5, focusing on the NES alone. The design helps with the nostalgia factor, featuring a great NES styled cover. If you’ve been looking to get back into your classic NES games, this is a pretty solid way to do it.