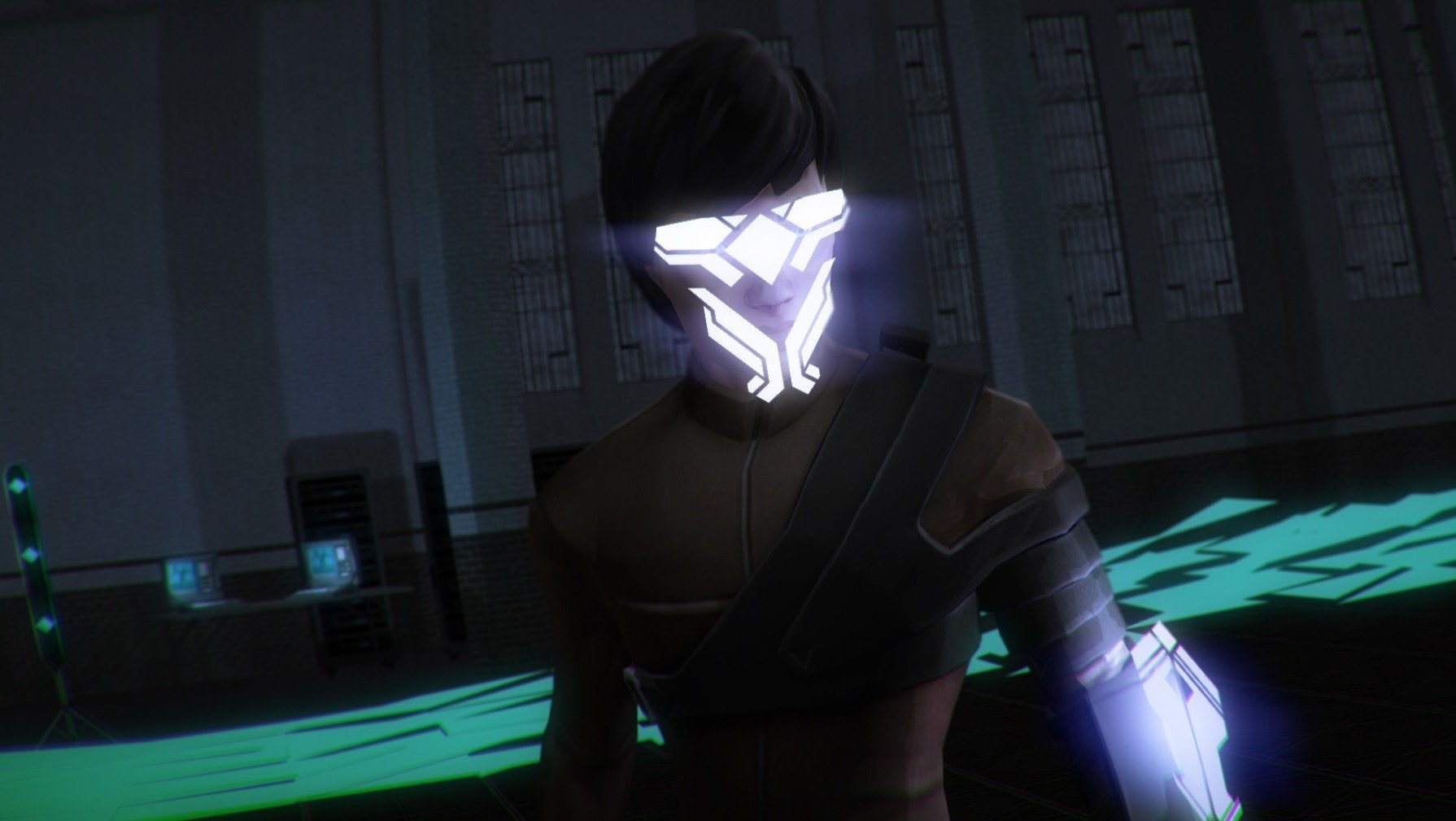 Volume is an upcoming stealth indie title from acclaimed creator Mike Bithell who previously released Thomas Was Alone. His highly anticipated game finally has a release date and it is releasing in just a few months.

Volume looks to add a new twist to stealth indie titles, where the main character, Locksley doesn’t kill. The story itself is described by Bithell as a futuristic retelling of Robin Hood. Fans will be able to get their hands on the game on August 18th. The announcement was made on the official site along with a new trailer which was released (below). The description of the game gives fans a good idea what to expect.

“Locksley does not kill. That would be far too easy. Instead, he commits his crimes through stealth. He sneaks, he distracts, he avoids. He is never seen, and seldom heard. As he grows in popularity and notoriety, so will his inventory. Blackjacks, bugles, thunderclaps and veils are just some of the tools at Locksley’s disposal.

The game will be released with a hundred challenging and exciting environments, but that is only the beginning. Every area of the game can be remixed, added to and expanded upon. The community are free to take the game in any direction they want, even releasing their own takes on the core levels. This is a game which will evolve, warp and grow as players make their mark on Locksley’s legend.”


Volume looks and sounds pretty darn awesome. It is set to release on August 18th for PlayStation 4, PlayStation Vita and Steam.