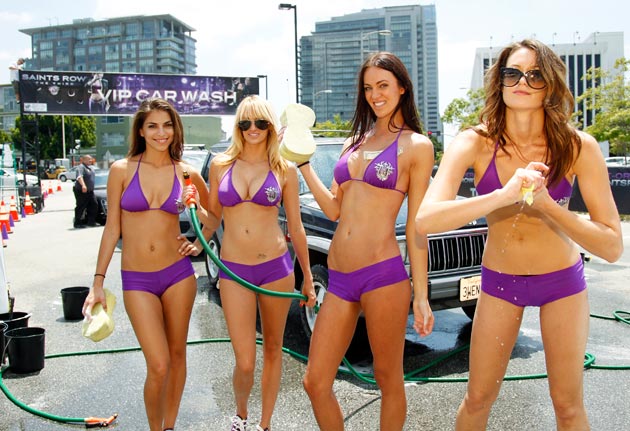 Apparently THQ is not happy about the way things are going for the company and are changing the focus of company resources.  This change of focus includes the firing of 200 employees, as well as cutting down on kids titles, movie-based games, and a complete axing of the MX vs. ATV series.  In this process, THQ Brisbane is being closed, as well as Blue Tongue who is responsible for the de Blob games the layoffs will affect these two studios.   The company which issued a strategic realignment statement earlier which highlights these changes, and iterating their focus on their triple A titles like Saints Row, Darksiders, and Warhammer.  For the full press release, read on.

THQ Inc., (NASDAQ:THQI) today announced a strategic realignment of its internal studio development teams to better align resources with the company’s future portfolio of interactive entertainment. THQ is in the process of transitioning its portfolio away from licensed kids titles and movie-based entertainment properties for consoles and has also decided not to actively pursue further development of the MX vs. ATV franchise at this time. As a result, the company announced the closure of two studios in Australia, and the elimination of a development team at the company’s Phoenix location. The company is maintaining its Quality Assurance team in Phoenix.

Today’s actions will result in a personnel reduction of approximately 200 people. All affected employees are eligible to apply for open positions within the company globally.

“With this realignment, we are narrowing our focus to high-quality owned IP with broad appeal that can be leveraged across multiple platforms, and to work with the best talent in the industry. By right-sizing our internal development capacities for our console portfolio, our five internal studios are focused on delivering high-quality games with talented teams driving the execution of those titles to market,” said Brian Farrell, President and CEO, THQ. “As we have outlined in our business strategies, we are making shifts to reduce movie-based and licensed kids’ video games in our portfolio, which underscores our strategy to move away from games that will not generate strong profits in the future.”