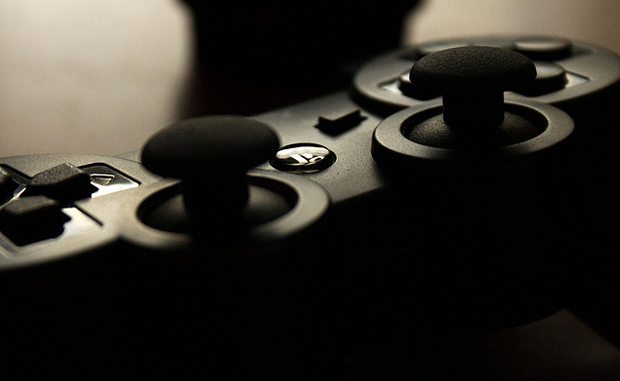 A recent LinkedIn profile that was recently uncovered for one of Sony Santa Monica’s sound designers lists three games that we might have seen had they not been cancelled.  Steve Johnson has worked on various popular PlayStation 3 game in the past.  He’s had his hands in games like Infamous, Twisted Metal, God of War III, among others.  But his CV also listed three titles that have obviously been cancelled since we never heard from Sony about them.

As you can see in the profile screengrab below, the three cancelled titles in question are “High Rise”, “Hand of God”, and “Psynapse”.  What they could have ended up being is a mystery, but sometime between today and July 2007, Steve Johnson was working on the sounds of the games.

Will any of them ever get brought back to life?  Time will tell. 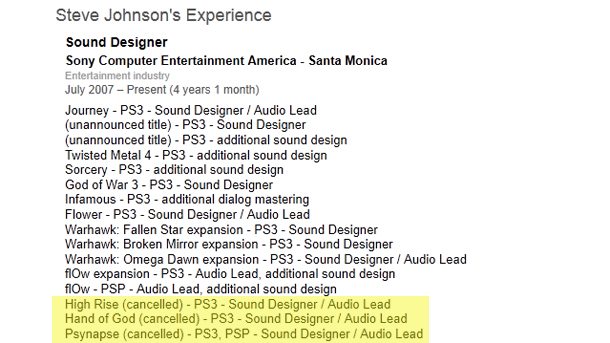