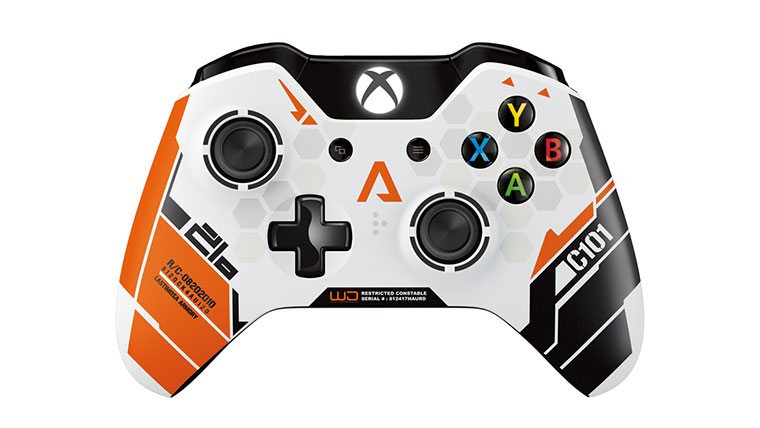 Microsoft has teamed up with Respawn Entertainment to design a unique controller for the Xbox One. Designed to look like a piece of military spec hardware, transported from the Titanfall universe, this Xbox One controller will be available worldwide in time for the launch of the game.

According to a post on the Xbox Wire, the Titanfall Xbox One Controller was “Designed by Respawn Entertainment, the sleek controller was inspired by the C-101 carbine, used by the elite IMC Titan pilots of the Frontier. Crafted in striking detail for maximum authenticity in color and graphics, it looks and feels like an artifact from the world of “Titanfall” and is a must-have for every “Titanfall” fan.”