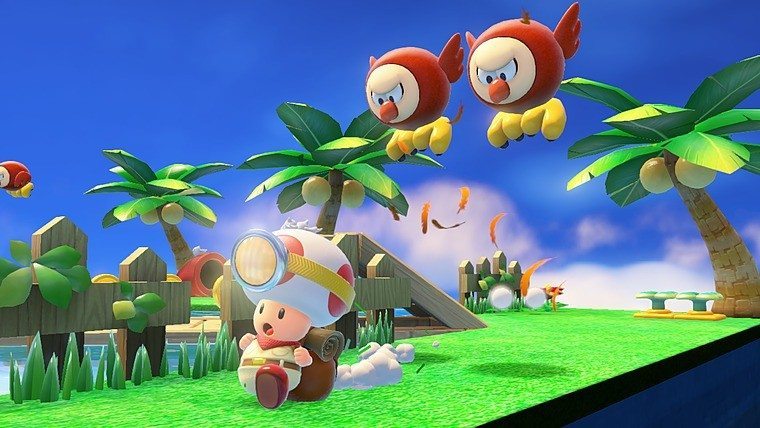 The launch of the first wave of amiibo pre-dated Captain Toad: Treasure Tracker by only a couple weeks, but we knew from the start that there would be some sort of integration between the two in the future. That integration became more clear upon the announcement of the Super Mario Bros. line of amiibo, which happens to include the first non-Smash Bros. character with a Toad amiibo. At that time, it was revealed how the two would work in tandem, but now a new trailer shows it in action.

As can be seen in the below trailer, by putting the Toad amiibo upon the Wii U GamePad, special 8-bit sprite Toads will appear through what the trailer says are 60 different stages. They are not brand new stages, but ones already available in the game otherwise. You will be thrust into a specific area of these stages, with the 8-bit Toad sprite hidden somewhere. Within 10 seconds, you must find the Toad sprite and have the sprite in view by the time the timer counts down to 0.

There is no indication on if there will be any special kind of reward in the game for finding each of these 8-bit Toad in the game, but hopefully there will be something. Make sure to check out the below trailer to see this integration for yourself and don’t forget to pick up your own Toad amiibo when they release on March 20.