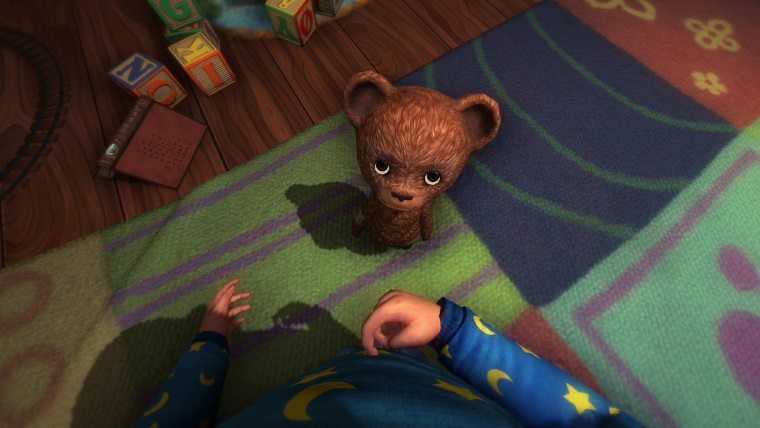 Among the Sleep is heading to PS4 with a release date of December 10th, 2015. The game is a horror title that puts players in the shoes of a two year old child. Kristina Halvorsen, Chief of Marketing & Community Development at developer Krillbite said “You get to experience the world through the eyes of a toddler with a vivid imagination that could easily scare your pants off. We wanted to create an atmospheric horror game with an eerie feeling of helplessness.”

Among the Sleep first launched on PC in May 2014, receiving mixed reviews from critics. With the move to PS4 the team has made a bunch of changes that could alleviate some of the criticism that it received the first time around.

“The process required a conversion of our game engine, Unity. This project has been moved from Unity 3.0, to 3.5 and so forth all the way up to the most recent version 5.2. We wanted the game to look the best and work perfectly with PS4. We had to redo the lightmapped levels and we had to rebake everything, which is fancy developer speak for fixing lights and putting it all together.”

The game has received a total visual and audio overhaul for its move to the PS4 with Halvorsen saying “Among the Sleep now has even better graphics and an even better sound experience. We think frame rate is an essential part of a good game experience and have worked hard to get the game to run at a proper 60 frames per second. This was probably the biggest part of the upgrade and it makes for a super smooth experience and does a lot for immersion!”

Framerate fans should be pleased to hear that news. Check out the trailer below to get an idea of what’s in store in Among the Sleep, but remember that it is from before the upgrades to PS4.

Among the Sleep Trailer

Among the Sleep playstation PS4
We're Looking For Contributors