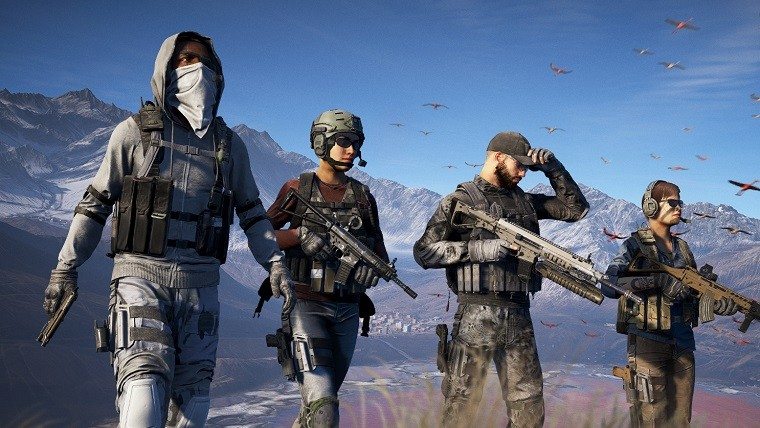 Tom Clancy’s Ghost Recon Wildlands has received a new trailer after going under the radar for a while, and this one gives a nice overview of everything that the game has to offer. The trailer is dubbed the Mission Briefing, which shows off the game’s impressive visuals while also cluing us into the game’s narrative. You can check out the trailer for yourself at the bottom of this post.

As for what the game’s plot entails, “The Santa Blanca drug cartel has transformed the beautiful South American country of Bolivia into a perilous narco-state, leading to lawlessness, fear, and rampant violence. The citizens of Bolivia have been plagued by the criminal influence of the cartel, but all hope is not lost. Now only the Ghosts, an elite US Special Forces team, can save the country from complete collapse.”

The Ghosts will be armed with the latest weapons technology in order to complete their mission, which will have them going deep into enemy territory. The team needs to take out the alliance between the cartel and the corrupt government quickly, or else they risk it becoming a global problem.

The game is also designed to make player choice an important part of the game’s mechanics. “The Wildlands are a living, reactive open-world environment where every individual choice you make has far reaching consequences. With the Faction Influence System, turn each dangerous situation into an advantage by seizing control of the cartel’s traffic patterns, patrols, and movements.”

This choice also extends to the game’s different methods for completing missions, which allows for taking things slowly and strategically with stealth or just whipping out the most deadly weapons available and going guns blazing.

Tom Clancy’s Ghost Recon Wildlands is set to launch for PlayStation 4, Xbox One and PC on March 7th, 2017. You can check out the Mission Briefing trailer below.